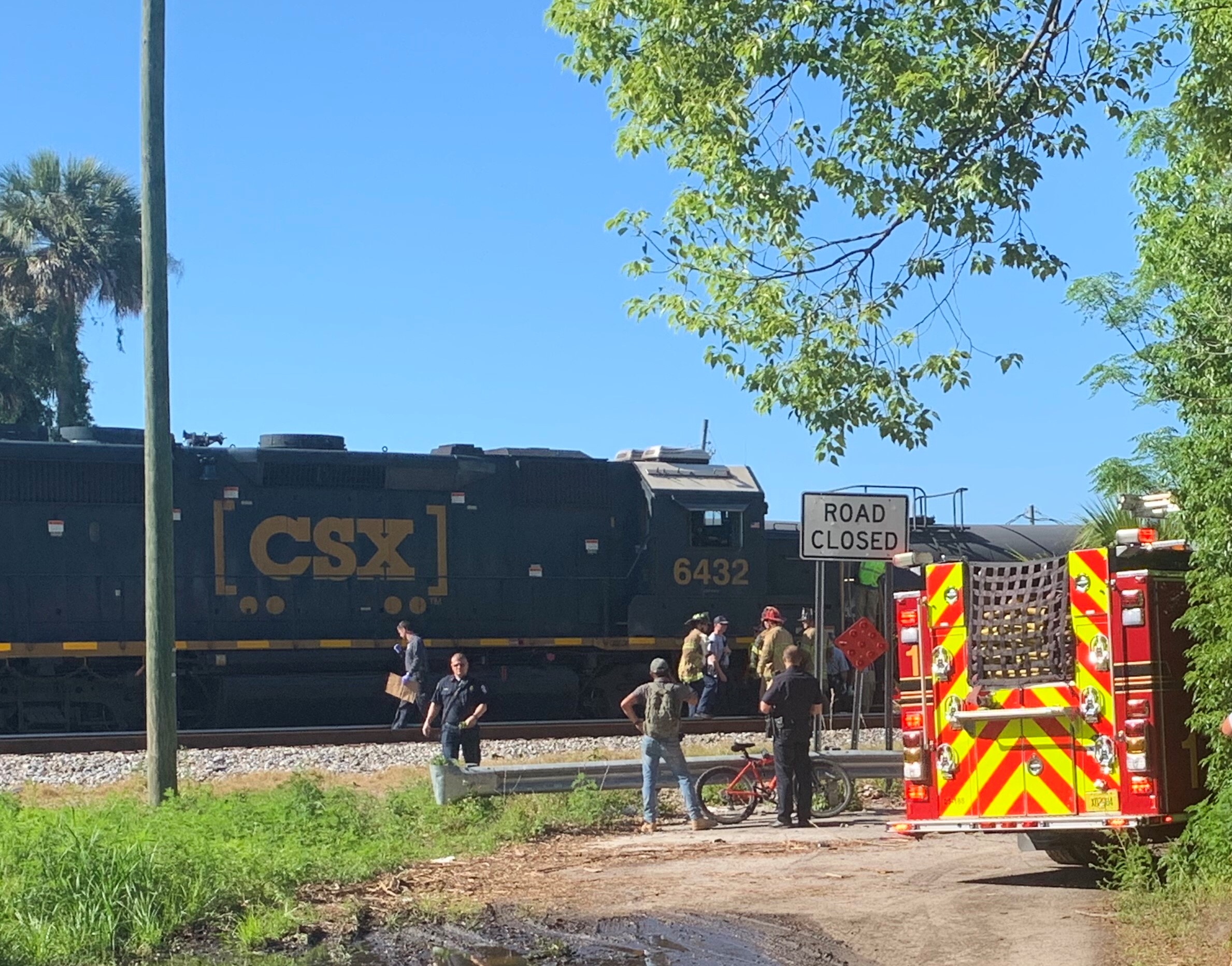 Ocala Fire Rescue (OFR) responded to reports of a pedestrian being struck by a train at 500 NW 4th Ave. Monday at approximately 4:43 p.m.

According to a press release, OFR Engines 1 and 3, Rescue 1, Tower 1, Battalion Chief 22, and a Safety Officer were dispatched to the call.

When crews arrived, they found Eric Bennett, 46, pinned under the train. He had been jogging along the tracks.

Bennett was removed from under the train at 5:01 p.m and trauma alerted to Ocala Regional Medical Center.

He passed away last night at approximately 10 p.m.