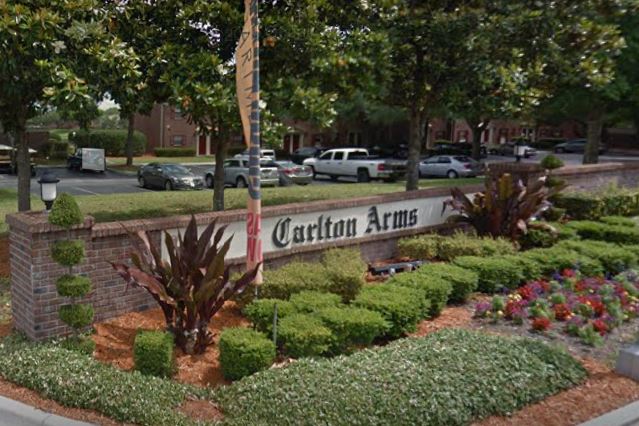 The owner of the Carlton Arms of Ocala apartment complex, located at 5001 SW 20th Street, filed a lawsuit against the city of Ocala on Monday.

Business owners say the fire tax intentionally targets those who own apartment complexes and was designed to extort money.

The fire tax requires owners of multi-family units to pay $286.15 per unit, per year. Carlton Arms has 860 units.

The lawsuit reads, “The ordinance treats each separately owned, single-family detached residence as one single, separate “dwelling unit.” The ordinance also treats each apartment unit in a multi-family project, regardless of the size or number of apartment units in a single building or number of multi-unit buildings, as one separate ‘dwelling unit.'”

The lawsuit stated that the Ordinance does not treat hotels or motels as separate “dwelling units” even if they are fully equipped as living quarters.

The lawsuit goes on to say, “In order for a special assessment to be valid, it must be fairly and reasonably apportioned according to the benefits received by the affected properties. It is the position of the plaintiff that the apportionment scheme devised by the City unfairly and unreasonably burdens Plaintiff’s property without respect to the benefit received from the fire service fee. It is also the position of the plaintiff that the treatment of multi-family apartments as individual “dwelling units” that are equivalent to detached single-family residences is arbitrary. The apportionment scheme in the Ordinance overburdens multi-family apartment properties in comparison to single-family properties.”

The City just lost a massive lawsuit in regard to fire fees which cost the City 81 million dollars.

The city was ordered to refund more than $81 million it illegally collected via Ocala Electric Utility between 2010 and June 2020 for fire services. The fees were collected from nearly 80,000 customers. The city has disputed the amount owed.

The city of Ocala submitted an appeal to the Florida Supreme Court, but they denied to hear the case. The lower courts deemed the fire tax unconstitutional.

Business owners say that the City will do anything they can to make up the 81 million they are on the hook for.

You can read the lawsuit in its entirety here.