Ocala, Florida — At approximately 12:55 a.m., while patrolling his zone, Ocala Police Officer Amado Burgos spotted a vehicle that had flipped in an empty parking lot at the corner of South Pine Avenue and Southwest Broadway Street.

Officer Burgos then made contact with two citizens who were assisting the driver of the overturned vehicle, who was later identified as Dwayne Peel, 37, of Ocala. Peel was alone in the vehicle.

Prior to the officer spotting the vehicle, no one had called 911.

According to reports, Peel was complaining of pain and advised that he had been shot multiple times prior to crashing his vehicle. He told the officer that he had been driving himself to a local hospital when he crashed. 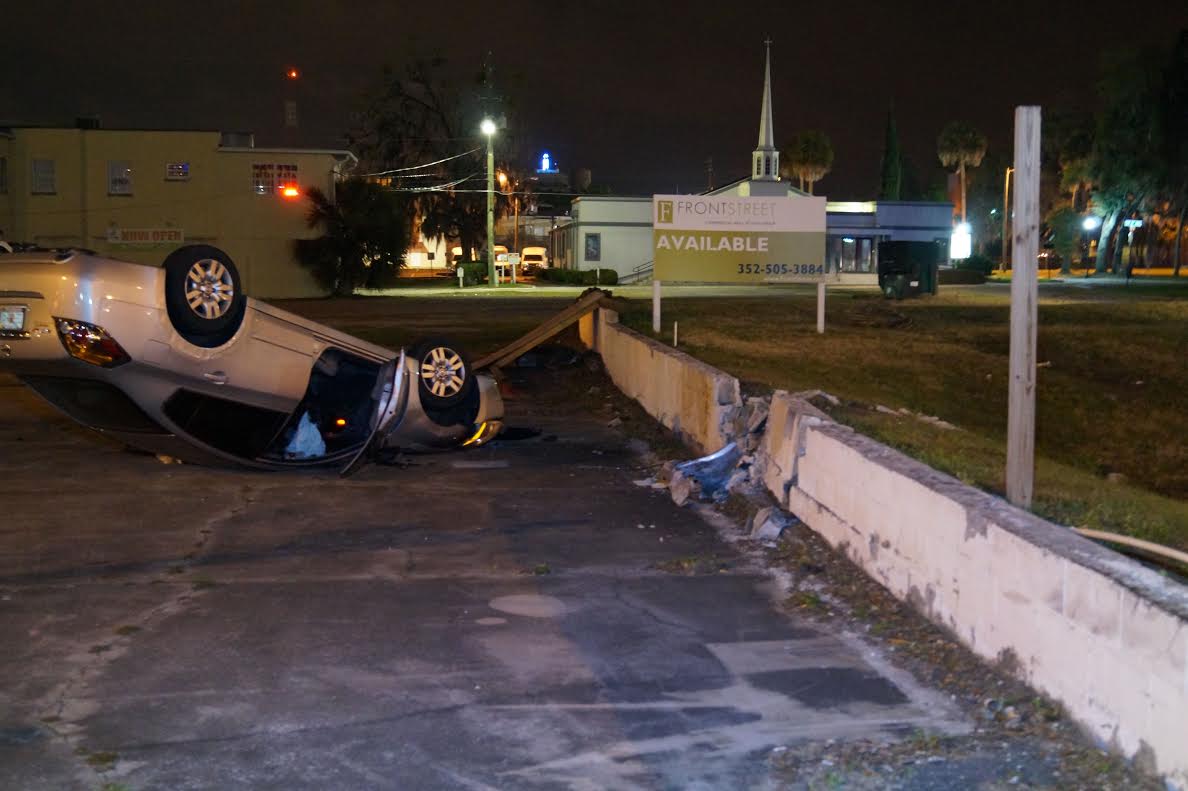 Peel told officers the location where he was shot, which was an empty field in the 1900 block of Northwest 1st Avenue.

Officers and Detective L. Uptagraft responded to the incident location in order to canvas the area for possible evidence and witnesses.

At the location where Peel was shot, Officer Jason Rodriguez spoke with a man that said he heard several gunshots while watching TV, but did not see anything.

Peel was transported to a local hospital and is expected to recover.

Detective Uptagraft is continuing to try and determine exactly what occurred that led to Peel being shot, and who may have shot him.

Peel’s 2012 Nissan was towed to OPD for processing.

Anyone with information about this incident is asked to contact Det. Uptagraft at 352-369-7143. Anonymous information can be submitted through Crime Stoppers of Marion County at 352-368-STOP (7867), www.ocalacrimestoppers.com, or by texting to 274637 using keyword 368STOP. Additionally, information may be submitted anonymously through the Ocala Police Department’s mobile app, MyPD.