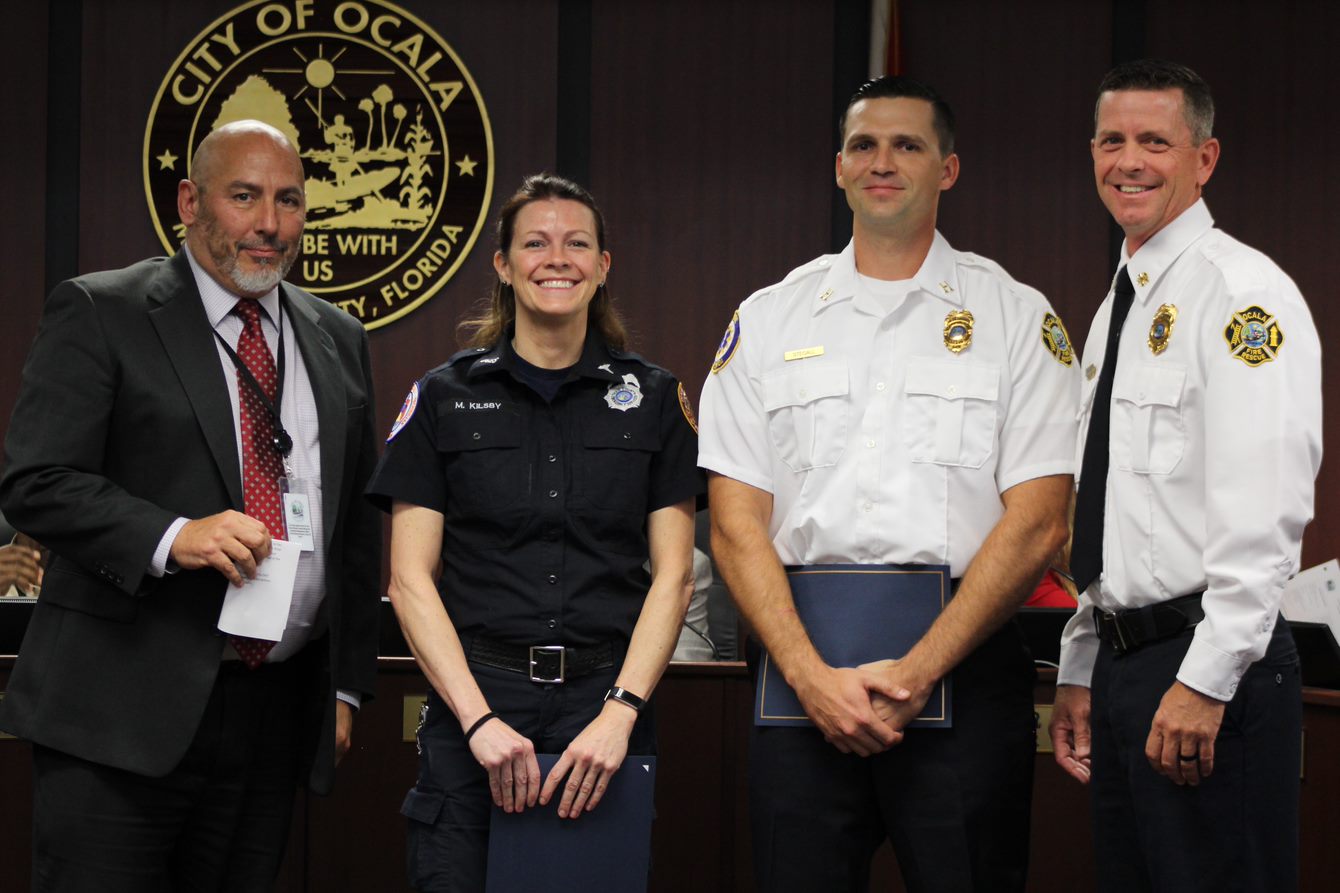 Around 8 a.m., on Aug. 17, 2022, a vehicle with four occupants traveling on US Highway 27 was involved in a rollover. The vehicle accident would result in a vehicle fire.

As fate would have it, two off-duty first responders would be traveling along the same route.

Captain Stegall was returning home from work when the single-vehicle accident caught his attention. Without hesitation, Captain Stegall stopped to assist. While assessing the scene, he found one person outside and three others trapped inside the vehicle with an active engine compartment fire.

Captain Stegall and EMT Kilsby removed the three passengers stuck in the vehicle and proceeded to triage and conduct rapid trauma assessments while the first responding units arrived at the scene.