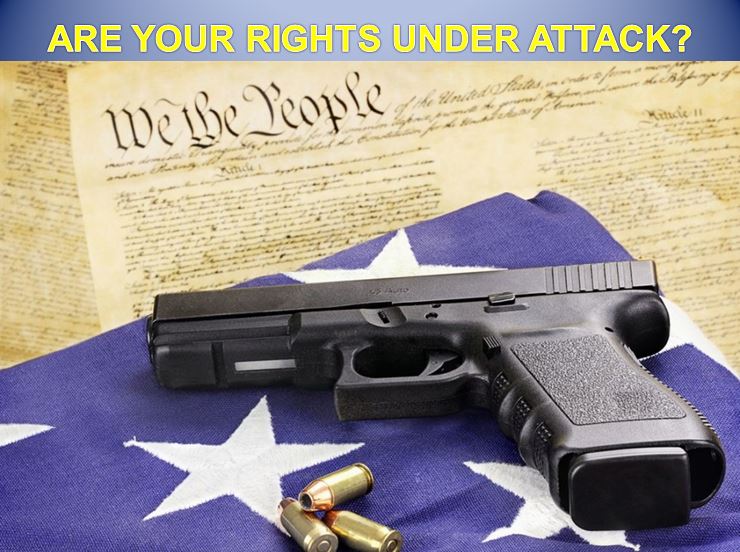 Florida — Is Florida under attack?  Many Floridians say yes, as many organizations refer to Florida as the wild west. This includes many LGBTQ organizations.

The Human Rights Campaign, the largest LGBTQ rights organization in the country, on Friday, stated that the organization is supporting stricter gun laws and want all “assault” rifles ban. Namely, the AR-15, which is nothing more than “dressed up” hunting rifle.

NAN is just one of many organizations that have used the June 12, terrorist attack on Pulse nightclub to push their anti-gun and gun control agendas.

In a June 12th email, Lawanna Gelzer, President of the National Action Network Central Florida Chapter, said, “Greetings, I was awakened to hear about another shooting in Orlando, FL this morning. First, to all the families and victims I offer my prayers and sincere condolences for your loss. I have just learned that this shooting is the worst mass shooting in history of United States of America; this sadly hurt me to my core. I am sad to report that 49 people are confirmed dead and 53 injured from the mass shooting at the popular nightclub Pulse. Gun Violence is spiraling out of control and it’s time for all of us to make difference.”

Gelzer went on to say, “Take action is [sic] now. Guns kill people. This is a Public Safety Issue. Floridians, we must lead to way now to get Gun Legislation to protect our Families and Friends.”

Gelzer has organized an anti-gun event, which is scheduled for June 18, 2016. The event will take place at the Village Square community room on the second floor, located at 927 South Goldwyn Avenue, Orlando. The meeting is slated for 1:00 p.m.

However, according to the FBI, the Department of Justice, and the Florida Department of Law Enforcement, gun offenses are statistically not committed by permit holders. In fact, those who possess a concealed carry permit are typically law abiding citizens.

So here is the question everyone is asking: Would more gun control really keep guns out of the hands of a criminal?

Statistically, the answer proves to be no. After all, laws only work for those who follow them. Furthermore, gun-free zones are the hardest hit areas, as far as gun violence is concerned. Officials say criminals prey on gun-free zones and that, the chances of a criminal attacking an area where there would be armed citizens, or where the criminal knows the business owner has a gun, is highly unlikely. A reasonable person could conclude [that] is why pawn shops and gun shops never get robbed during business hours.

Many states feel that “Open Carry” is the best policy.

The Department Of Justice conducted a massive survey among convicted felons. The survey asked: What deterred criminals more, armed victims or the police? The results were stunning. More than 57 percent of felons polled that criminals are more worried about confronting an armed victim than they are about the police.

Researcher Gary Kleck proved that 92 percent of criminal attacks are deterred when a gun is presented by the victim or in plain sight to criminals, without a shot ever having to be fired. Open carry has been proven time and time again to deter crime. States that have open carry such as Alaska, have an extremely low crime rate.

The gun debate is not anything new. It has been in the spotlight since the early 80’s. In 1982, Atlanta suburb Kennesaw passed an ordinance that required all households to have a gun. The residential burglary rate subsequently dropped 89 percent in Kennesaw, compared to the modest 10.4 percent drop in Georgia as a whole.

Thirty years later, the residential burglary rate in Kennesaw is still 72 percent lower than before the ordinance was passed. Proving that when thugs know a citizen is armed, they will not proceed. It mirrors that old joke, “criminals will never rob a doughnut shop because that’s where all the cops are.”

It should also be noted that, states such as Arkansas and Utah, allow their teachers to carry handguns. In those states, there have been zero incidents in the schools since a state law was passed, which allows teachers to carry.

We want to hear from you.

Do you more gun control will prevent criminals from obtaining guns and committing crimes? Leave your comments below or visit this topic on Facebook.