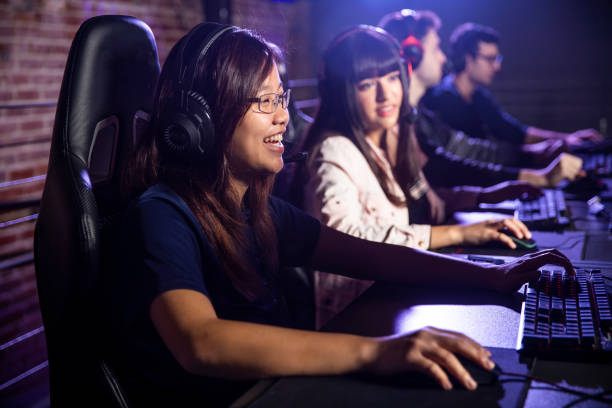 In February, the Marion County Board of County Commissioners unanimously voted on an ordinance spearheaded by the Marion County Sheriff’s Office to prohibit internet cafes from allowing customers to play simulated games.

Many of the games are no different than a simulated game that can be downloaded and played from your smartphone or home computer.

The decision was made after Marion County Sheriff Billy Woods expressed his opinion on the businesses and labeled them “a magnet for crime.” Additionally, the sheriff is angry over what he says is a lack of cooperation by some of the business owners when they are robbed or burglarized.

MCSO then created the ordinance and sent two versions to the county’s Office of the County Attorney for review. The reviews resulted in the drafts of these versions which were forwarded to the commissioners for review.

The county commissioners then separately agreed on which version would be added to the county commission meeting agenda to be discussed in a public forum. During the February 2 meeting, citizens spoke out against the ordinance and accused the county of singling out internet cafes and not other businesses who have actually been robbed or burglarized multiple times

Now, business owners say that their businesses are being targeted based on personal opinion and that, MCSO should not have any input on who is and is not allowed to be open for business.

326 Hot Spot, an internet cafe Anthony Burden invested in, has never been robbed or burglarized. He said he is being penalized for what “might happen.”

MCSO Staff Attorney Tim McCourt admits that part of the difference is business owner cooperation. The sheriff’s office also accused internet cafe owners of “rigging” the games. Additionally, MCSO says internet cafes are more likely to be robbed than a gas station or Dollar General due to the amount of cash kept on hand.

Business owners feel that the decision is more retaliation by the Marion County sheriff than anything else.

Burden says the games are not rigged and reiterated that most of the games played can be downloaded on a cell phone or PC from home. He said people come to the cafe for interaction with others…no different than a BINGO hall, which in recent years were also targeted by the City of Ocala.

Even more disturbing, Burden says he followed all of the rules, filed all of his paperwork, and paid all of the fees that were required to open the business. He said the county accepted his money and gave him the green light. He said he dumped thousands of dollars into the renovation of the building and passed inspections along the way.

In addition to labeling internet cafes as crime magnets, MCSO says the businesses could be a magnet for “other criminal activities.”

However, statistically speaking, a person is more likely to experience heavy criminal activity at a sleazy motel than an internet cafe.

Burden says that MCSO and the county should have handled the situation differently and given business owners time to figure things out.

Like banks, many internet cafes have armed guards. However, Burden says the county and MCSO did not feel that was enough.

Burden says after following all of the rules and spending thousands to open he is upset over the situation and certainly feels targeted.

MCSO and the county deny that they have unfairly targeted internet cafes and business owners.