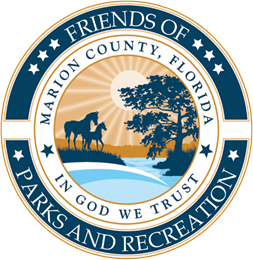 Over the last couple of months, we have seen many changes in our great state. Stores running out of toilet paper, people told to social distance unless necessary, schools suspending any in-person activities, business owners criminally charged because they are not following CDC social distancing guidelines, and various summer camps have been canceled.

On a local level, the City of Ocala has put various regulations on their facilities, which can be viewed on their Facebook page, such as only two people at the skatepark per hour and limited to every other tennis court. Park Rangers will be monitoring locations to ensure safe practices are being followed. The Fish and Wildlife Conservation Commission, a state agency, has canceled their summer camp until July. The City of Tampa has suspended its registration until further notice. Other organizations, such as Ocala Recreation and Parks, run by the City of Ocala, are holding off on registering or canceling theirs until they know what the future holds. Except for Marion County Parks and Recreation. They are still going with their summer camps, which registration opened on Friday, May 1.

Marion County Parks and Recreation does have a plan, but it has many, many issues with it. For their camps, they have greatly reduced their occupancy, which is good. They are planning on 18 kids for Brick City Adventure Camp, 18 for Extreme Camp, 18 for Forest Community Center, and 27 for FireWise. They are also requiring social distancing and masks. On paper, this is perfect, but it isn’t. The issues involved with this comes from social distancing, employee liability, employee and participant health, and sanitization.

After discussing with a former camp employee, I was shown how many issues there would be. With FireWise, how does social distancing and requiring masks to be worn on kids as young as six years old work?

These kids get two snacks and one lunch per day. Each time, these kids would have to take their masks off. This would cause issues if the kids begin to sneeze, cough, or start passing stuff around. A study conducted by MIT, posted in the Journal of American Medical Association, found that “given various combinations of an individual patient’s physiology and environmental conditions, such as humidity and temperature, the gas cloud and its payload of pathogen-bearing droplets of all sizes can travel 23 to 27 feet (7-8 m).” Even if kids cannot produce a gas cloud that large, giving there wasn’t any age mentioned in the study, what about the employees who eat lunch with the kids?

The kids are also allowed outside, running, and playing games such as dodgeball and freeze tag, among other games. Wearing a mask makes breathing a bit more difficult, giving you would still be breathing in a little more carbon dioxide than you would without a mask on. This would further increase the chances of a child suffering from a medical incident. To compound this, the kids do play games in the woods alongside Brick City, where the youth are not 100% in viewing distance at all times. What is to say the kids would not be able to remove a mask or go within six feet then?

Brick City Adventure Camp and Extreme Camp both do physically demanding tasks. Some days they will go to the Marion County Sheriff’s Office SWAT course and run it, while other days they may go paintballing. These events, coupled with a mask, would increase the chance of a child passing out.

Yet, the biggest issue I see here is how would they transport kids from each location while
maintaining social distancing? They can’t. Each van will hold nine participants and one
employee. These vans, such as a Transit, would not allow for six or more feet between each individual. For them to transport participants, while staying within social distancing guidelines, they would need vans that are more than 60 feet long. If you go to Brick City and see the vans they have, they are most definitely not the size of a yacht. This goes against Governor DeSantis’s executive order.

Directly from the state’s FAQ page regarding the executive order, “Yes, the Governor’s
Executive Order 20-112 requires appropriate social distancing and limits groups to 10 people or fewer. Regulated businesses should adhere to agency guidance. Additionally, businesses should consult with the most up-to-date Centers for Disease Control and Prevention (CDC) guidance.”

This is then linked to a CDC page that states, “social distancing should be implemented if
recommended by state and local health authorities” and still lists social distancing as six feet of distance.” I contacted the CDC for clarification. When we explained the viewpoint
of Marion County Parks and Recreation, the operator stated there are no new social distancing guidelines, even if you wear a mask, you need to stay outside of six feet.

But, what about employee safety and liability? When you have only one employee in a van with kids, you put the liability on your employee. What would happen if a child makes a claim that an employee said or did something inappropriate? Without an additional employee as a witness, the accused would have no way of proving their innocence.

Sanitation would be another issue. The building at Brick City gets cleaned every day during the summer. In the past, generally high school volunteers, along with a couple of employees, wiped down tables and mopped the floors. Due to the threat of COVID-19, sanitization would need to be increased and done more frequently. Are the average employees and high school volunteers capable of sanitizing at the degree needed? I was told by an employee that it is very doubtful without additional training.

Letters to the editor in no way reflect the opinions of Ocala Post.