Ocala, Florida —  An Ocala man was arrested after investigators learned that he had installed a recording device in the bathroom of a business.

On Monday, January 4, Marion County Sheriff’s Office deputies began an investigation where a female victim alleged she had found a recording device in a bathroom at Gator Smokes, located at 11175 SW 93rd Court, Ocala.

The victim told deputies that after using the restroom, she discovered a recording device in a fake plant in the bathroom. She stated that the device appeared to have a lens and SD card holder.

According to reports, the victim then took a picture of the device, but did not remove it.

Shortly after she exited the restroom, the manager of the store, Jonathan Gage Johnson, 46, entered the bathroom two times with no warning from the victim about what she had found.

When MCSO Deputy Nicholas Austin arrived on scene, the recording device had been removed from the plant.

Following a short investigation, the recording device was found in a storm drain in the store’s parking lot.

According to a witness, they observed Johnson kneel over the drain and drop something in it.

MCSO Major Crimes detectives analyzed the SD card and found videos of Johnson planting the device in the bathroom,  as well as a video of the victim.

On Thursday, Johnson was arrested and charged with one count of Video Voyeurism. He was released on a $1,000 bond.

If anyone suspects that they may have been a victim, please contact Detective Mike Dodd at 352-369-3535. 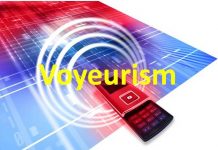 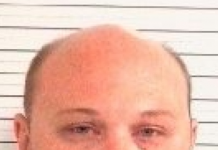 Michael Dunning Arrested After His Wife Turned Him In