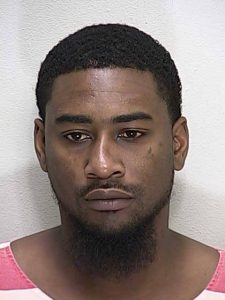 According to reports, the girl did not report the rape until after she gave birth.

DNA evidence proves that Davis is the father of the child.

The juvenile stated that she met Davis through a family member. She said while at his house, she had asked to use the bathroom. The teen said that when she was finished in the bathroom, Davis forced himself on her and raped her.

Davis told the teen that if she told anyone about the rape, he would “shoot her house up”.

Davis is currently being held in the Marion County Jail without bond.

If you believe your child had inappropriate contact with Davis, call the Marion County Sheriff’s Office at 352-732-9111, Crime Stoppers at 352-368-STOP, text a tip to 274637 using keyword 368-STOP, or visit www.ocalacrimestoppers.com. Anonymity is guaranteed.