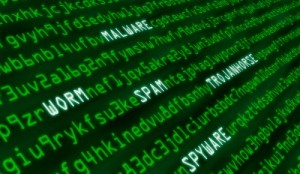 It is often said that one day computers will be the ruin of civilization with so much of the world being run by computers.

From the TV’s you watch, to the cars you drive, hackers are always looking for new ways to wreak havoc on society. Like a scene from the movie “Live Free or Die Hard,” all it would take is one person to hack into the government’s computer servers and bring everyday life to a screeching halt.

Luckily, society has yet to reach that level of turmoil. However, researchers have found a new way for potential hackers to penetrate your computer and the outcome could be a deadly one.

Recent demonstrations by computer security experts showed how easy it was for them to gain access to a car’s computer system from their laptops and control a vehicle. They were able to control everything from the song on the radio, slamming on the brakes while the vehicle was traveling at highway speeds, shut down the engine, and even “jerking” the steering wheel.

There have not been any cases of actual attacks on vehicles by hackers, but experts say with today’s vehicles containing anywhere from 20 to 70 computers inside them, it would only be a matter of time before it becomes a reality.

Rich Mogull, CEO of the Phoenix-based security firm Securosis said, “The more technology they add to the vehicle, the more opportunities there are for that to be abused for nefarious purposes. Anything with a computer chip in it is vulnerable, history keeps showing us.”

Researchers with the Center for Automotive Embedded Systems Security or CAESS, demonstrated how to take over a car’s system by plugging into the OBD-II port located under the dash also took control of an unnamed vehicle. They did this by hacking into its telematics system and demonstrated how if transmitted over a Wi-Fi connection it is possible to hack a car with malware embedded in an MP3. It is the independent operating computers in most late model vehicles that are connected through a CAN-bus or controller-area-network bus that make such attacks possible, they said.

Although the model of the vehicle compromised was not released, two different people who have knowledge of the research but did not want to be identified, say that the car was a GM and that the access was gained through the cars OnStar system.

A statement was released by GM saying they take security seriously and they are putting methods in place to reduce risk.

OnStar has also been said to have increased their security in the past few years following the demonstration.