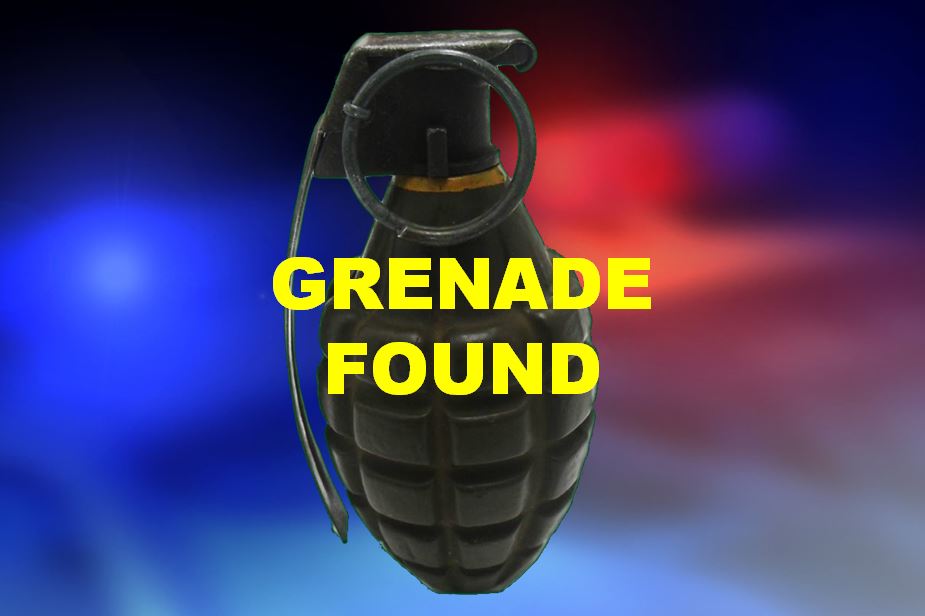 Ocala, Florida — A grenade was found at a house in the 2200 block of Northwest 47th Circle, Ocala, on Sunday.

Saralene Hunt was cleaning out an outside storage room after a resident had passed away when she found what appeared to be ammunition of some kind.

Hunt then notified a law enforcement volunteer, who recognized that among the ammunition, was a hand grenade.

The Marion County Sheriff’s Office was then notified of the situation.

According to reports, the Marion County Sheriff’s Officer Bomb Squad responded to the scene and confirmed that the device was a pineapple style hand grenade, which had been stored in a storage trunk.

According to reports, the grenade still had the safety pin attached, but the release spoon was missing from the grenade.

The bomb squad transported the pineapple grenade to the Marion County Baseline Landfill, where it was rendered safe.

No one was injured during the incident.