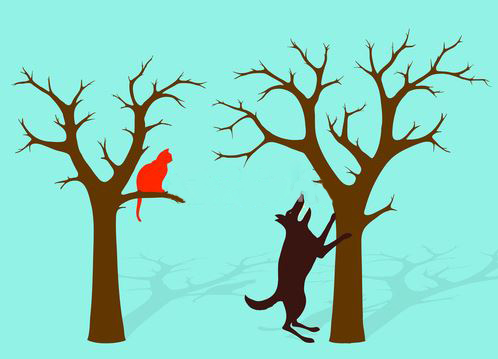 Some of the threats (which were all in writing) have included lawsuits, “beatn’ dat azz [sic],” and other threats of bodily harm. Many of the threats are from felons who have lost their rights to vote and/or to own a gun, while others were from VHS students who have the worst vocabulary and grammar many have ever seen.

Most disturbing, though, is how quickly today’s generation, or a felon who runs a Facebook group, will accuse an individual or the media of being racist. Fact is, not one sentence in the article mentioned race, nor did it imply anything about race. The article did not so much as call the victim a “thug” as many have falsely stated.

Ocala Post never implied the victim was a “gangbanger.” Again, this was an assumption by many of the commenters.

With vulgar language and threats, many have ordered Ocala Post to remove the photo. The editor chose not to do so on principle. The problem with today’s generation is that they feel entitled to everything. They feel they call the shots. And while most businesses and media outlets cave and refuse to publish the truth out of fear of retaliation, or fear that a law enforcement agency such as the Marion County Sheriff’s Office will no longer do business with them, Ocala Post is not that company.

The action taken by Ocala Post was in no way directed to the family or the deceased in a negative manner. All negativity came from, and only from, the commenters; except for a few readers who saw past the photo and concentrated on the teen who was shot.

The truth is, it was the first commenter who asked, “Why you got to call him a thug and be all racist with that picure? [sic]” It was the commenters, many of them minors, who made their own assumptions about the photo. The public called it racist and stated the photo made the teen appear as if he were a “thug.” The public quickly judged the photo and made that assumption. Much like when some of you see a person sporting a Confederate flag and automatically assume the individual is a racist.

Ocala Post was accused of selecting “the one photo” that portrayed the 18-year-old in a bad light.

Fact: The photo used by Ocala Post was submitted by one of Jeffery Scott’s peers. His peer wrote, “This is how many of us knew Jeff.” As this editorial was being prepared, that same individual wrote and stated that he felt bad. So, he wrote Ocala Post and apologized. The person then respectfully, without threats or vulgar language, asked Ocala Post to use a different photo (which Ocala Post will do out of respect for the student, a specific teacher he mentioned, and the family). Since Scott’s peer still attends VHS, he has asked to remain anonymous.

Furthermore, Scott’s Facebook account was filled with the same types of photos Ocala Post initially printed. Photos portraying gang signs, “flipping the bird,” as well as gun gestures, but not a senior photo. Ocala Post obtained the senior photo after the fact. Ocala Post never once stated the original photo was a reflection of Scott. Those are the facts.

Ocala Post uses court records and photos provided by local and state governments. All material is public record. If you do not want your face to end up in an article, stop breaking the law.

Again, these comments are explicit and many are from individuals unable to vote.

Also, in order for an article to be considered slander or defamation of character, the contents of the article would need to be false. Ocala Post has had to retract zero articles since its inception. Why? Because our investigative journalists go above and beyond.

Typically, it’s the criminal, one of their close friends, or family members who allege an article contains false information.

Ocala Post will stop printing names in articles and stop using photos when criminals stop breaking the law. As long as Freedom of the Press is protected by the United States Constitution, and Florida allows the press access to public records, Ocala Post will continue to print the names and photos of criminals in all articles. Ocala Post staff are instructed not to leave out any details from official reports, unlike other media outlets. And Ocala Post always strives for accuracy.

Marion County residents have an absolute right to know who is living next door.

As far as minors are concerned, if you do not wish to have your child’s name or photo published on Ocala Post, perhaps you as the parent should be more aware of your child’s behavioral problems and know their whereabouts at 2 a.m.

Also, claiming that your child has good grades and good classroom behavior does not mean your child is not felon material outside of the classroom. Statistics show that serious disrespect outside of the classroom toward others, abuse toward animals, or sex crimes against another, are red flags and usually stem from dysfunctional families already familiar with the criminal justice system. If you as the parent refuse to discipline, do not monitor your child’s social media, or have an extensive arrest record yourself, what do you think is going to happen?

If your child or family member causes harm to another human being, terrorizes or sexually abuses other children, or mutilates animals for the thrill of it, residents have the right to know in order to protect their families and other law-abiding citizens from becoming victims.

Also, Ocala Post does not delete comments or block users with respect to free speech; however, threats of bodily harm are not protected under free speech like some Facebook attorneys would like to think. (If your comment was removed and there was no threat involved, then one of your peers reported it.) Threats of bodily harm toward another on Facebook are an arrestable offense and are a quick way to join the very criminals you are “sticking up for” via comments. (This is a general statement and not in any way directed at Jeffery Scott.)

And just because you might have been arrested and bonded out of jail 20 different times due to our weak justice system, does not mean you know the law.

Additionally, we do invite you to join the conversation and have a respectable debate. And if you do, try to at least pretend like you are educated and are not reading from a book purchased at Thugs “R” Us. A person might also want to know the difference between right and wrong before defending a criminal.

If you feel this response is unprofessional or are offended, you are most likely one of “those” people.

As for the individuals who actually care about their children or family members being productive members of society and don’t leave all the discipline to teachers or law enforcement, we salute you.

When it comes to the safety of your children and family, the term “politically correct” should not come into question.

Note: Due to reports of harassment to some of Ocala Post’s loyal readers, the commenting policy has changed.