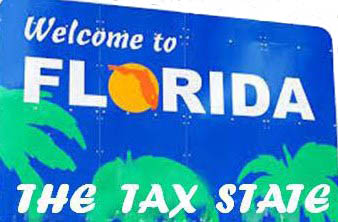 Tallahassee, Florida –Florida legislators preach lower taxes and more job creation for Florida residents, but are they really looking out for your interest?

As the 2014 state legislative season opens and states continue the never ending quest for new tax revenues, a large number of legislative proposals have been made to continue the recent trend of increasing the scope and broadness of the sales tax nexus to include any “affiliate partner” of a business or corporation. The tax is commonly known as the “Amazon Tax” or “Internet Tax,” but legislators in many states felt it would be easier to sneak the bill in under the radar by naming it the “Nexus Tax.” The tax is confusing, complex and is meant to directly target “affiliate partners.”

Right now, at least 13 states (Florida, Hawaii, Indiana, Kansas, Maine, Massachusetts, Michigan, Minnesota, Mississippi, New Mexico, Oklahoma, Utah and West Virginia) have proposals currently being considered which would expand nexus for sales tax purposes to the extent that it will crush many businesses within those states.

While these proposals all vary slightly, the proposal in Florida appears to be a model of the form of such proposals. Briefly, the Florida proposal (S.B. 316) would make the following changes:

Modify definition of “Mail Order Sale” or “Internet Sale” to include sales of tangible personal property made via the internet.

Require dealers who have nexus in Florida and meet one other factual characteristic to register and collect sales and use taxes. These factors include (this is not an exhaustive list): (a) Maintaining an office distribution facility, warehouse storage facility or other location to facilitate the delivery of property or services sold by the dealer; (b) Using trademarks, service marks, or trade names in Florida; or (c) Delivering, servicing, or installing the product in Florida. This includes any and all Affiliate Partners whom reside in Florida, but strictly sell on the internet by way of “Affiliate Websites” or “Affiliate Links” on websites such as business blogs, mom blogs, dad blogs and some media websites. However, “Affiliate Links” are also known to be associated with companies like Best Buy or Sears.

If you have visited a retail website and have ever seen a product listed under “Market Place,” most likely it is an affiliate link.

The bill will Impose a click-through nexus provision which establishes a rebuttable presumption of nexus if a dealer enters into an arrangement with a Florida resident whereby the Florida resident refers or links potential customers to the dealer’s website for a commission or other form of compensation.

Chances are you probably know someone who is an affiliate of a business or corporation. Florida is one the largest in terms of residents and small businesses that are engaged in some fashion of business affiliation, namely stay at home moms.

If passed, the bill will devastate small businesses and individuals who run small profit, to very profitable affiliate businesses online.

Amazon said no way, and referred to the 1992 Supreme Court decision that ruled that states cannot require companies to collect such taxes if they don’t have a physical presence in the state. But with states across the country facing major budget shortfalls, officials are moving aggressively to try and force Amazon, as well as multiple other corporations to collect the taxes by arguing that the company has in-state presence through distribution centers or local “affiliate partners.”

Florida has more residents and small businesses that are “affiliate partners” of other corporations than Connecticut and Arkansas combined. Affiliate partnerships is a big business and generates billions of dollars for affiliates every year; depending on how hard a person markets themselves.And while some stay at home moms can earn a substantial salary, many moms, as an affiliate, may earn considerably less, but it may be just enough to get that family by while dad works full time for minimum wage.

“Obamacare” is estimated to put 1.2 million more people out of work by the year 2017, if the amended “nexus bill” is passed, that number will be even greater.

Legislators are refusing to look at the big picture, and seem to be solely concerned with making their pockets fatter while stepping on the little guy.

Analyst say that legislators in Florida clearly have their own agenda in this situation. They are trying to profit off of companies they know are financially stable, the government is showing its true level of greed, said one tax attorney. Most tax experts are calling the nexus tax ridiculous and unfounded.

The bill is presently pending. Taxpayers in Florida and any of the other states currently considering such laws should closely monitor these proposals in order to insure that the proper compliance processes and systems are ready in the event that any or all of these bills become law. Most importantly, Florida residents should also refer to the 1992 Florida Supreme Court decision.

E-mails from Ocala Post to the senate went unanswered.