Santa Rosa County — The Florida Highway Patrol said they pulled over two men traveling 95 mph on I-10 Saturday and the men did not do a very good job of hiding their drugs.

According to reports, when the trooper stopped Ian Simmons and Joshua Reinhardt, both 34, they observed bags labeled “Bag Full of Drugs.”

The men denied that there were drugs in the bags so the trooper called a K-9 unit, to which the dog alerted for the presence of drugs.

During a search of the vehicle, troopers found 1.36 kilograms of the date-rape drug GHB, 1 gram of cocaine, 75 grams of methamphetamine, 3.6 grams of fentanyl, 15 MDMA tablets, and drug paraphernalia.

Simmons and Reinhardt, who had an active felony warrant in Orange County, were both charged with Drug Trafficking.

According to authorities, the men are represented by an attorney and were instructed not to answer any questions.

“Note to self- do not traffic your illegal narcotics in bags labeled ‘Bag Full Of Drugs,’ Our K-9’s can read,” officials wrote on Facebook. 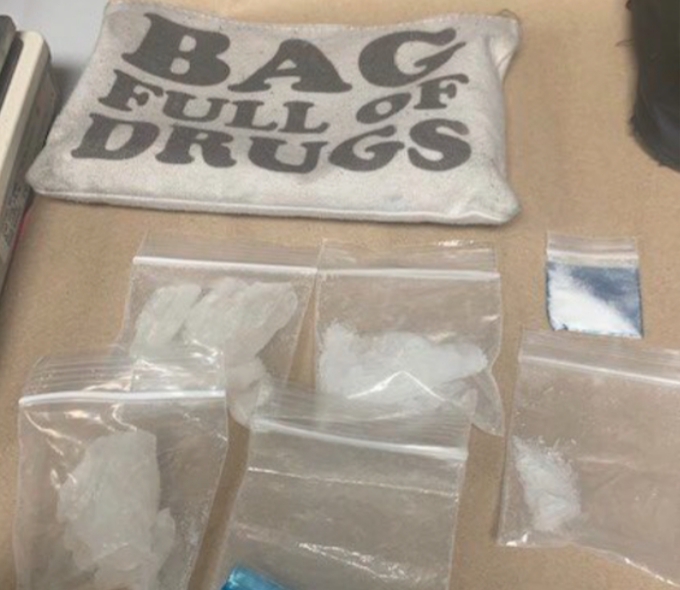