Five individuals have been added to the FBI’s Cyber Most Wanted list for their roles in domestic and international hacking and fraud crimes collectively involving hundreds of thousands of victims and tens of millions of dollars in losses, according to FBI officials.

The new fugitives on the FBI’s Cyber Most Wanted list are:

In announcing the new fugitive list, Executive Assistant Director of our Criminal, Cyber, Response, and Services Branch Richard McFeely said, “Throughout its history, the FBI has depended on the public’s help and support to bring criminals to justice. That was true in the gangster era, and it’s just as true in the cyber era.” He added, “We need the public’s help to catch these individuals who have made it their mission to spy on and steal from our nation and our citizens.”

The FBI’s Most Wanted program is best known for its Ten Most Wanted Fugitives list. The Top Ten list was established more than six decades ago and has become a symbol of the Bureau’s crime-fighting ability around the world. The FBI also highlights other wanted fugitives such as serial killers, terrorists, white-collar criminals, and increasingly, those who commit cyber crimes. The FBI leads the national effort to investigate high-tech crimes, including cyber-based terrorism, espionage, computer intrusions, and major cyber fraud.

The expansion of the Cyber’s Most Wanted list is a reflection of the FBI’s increased efforts in this area, said Mcfeely.

“The cyber fugitives we seek have caused significant losses to individuals and to our economy,” Mcfeely explained. “And cyber crime continues to pose a significant threat to our national security.”

Anyone with information about any of the five individuals mentioned above, or the other fugitives on the Cyber Most Wanted list is urged to contact your local FBI office or the nearest U.S. Embassy or Consulate. 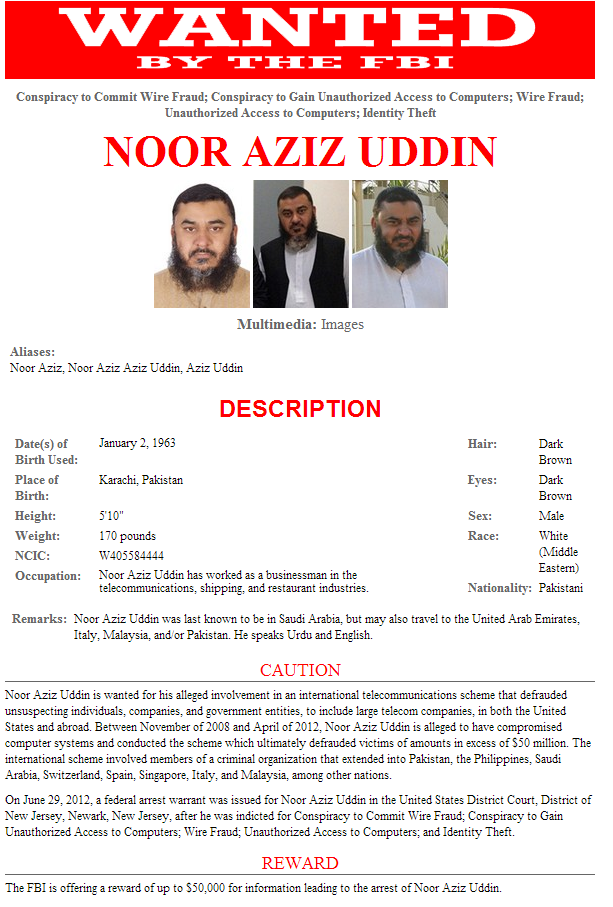 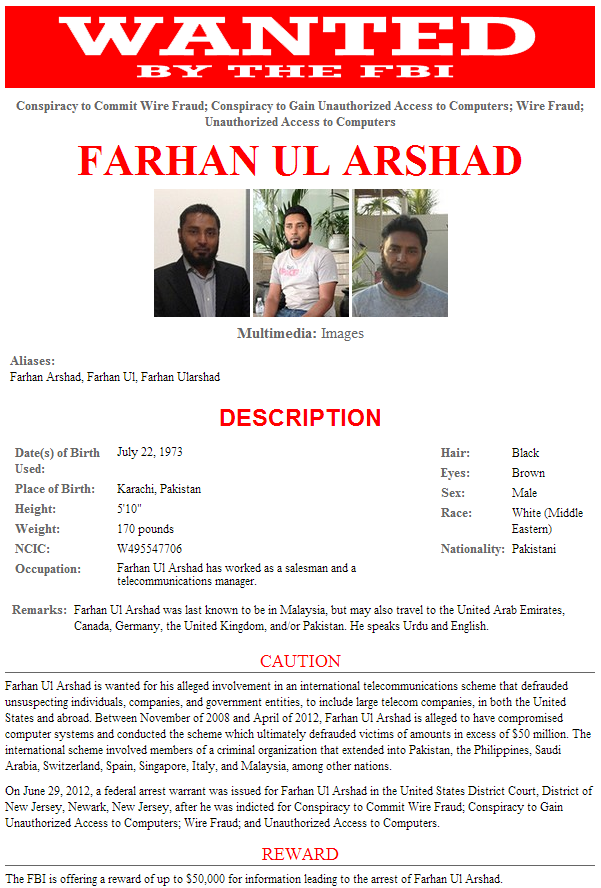 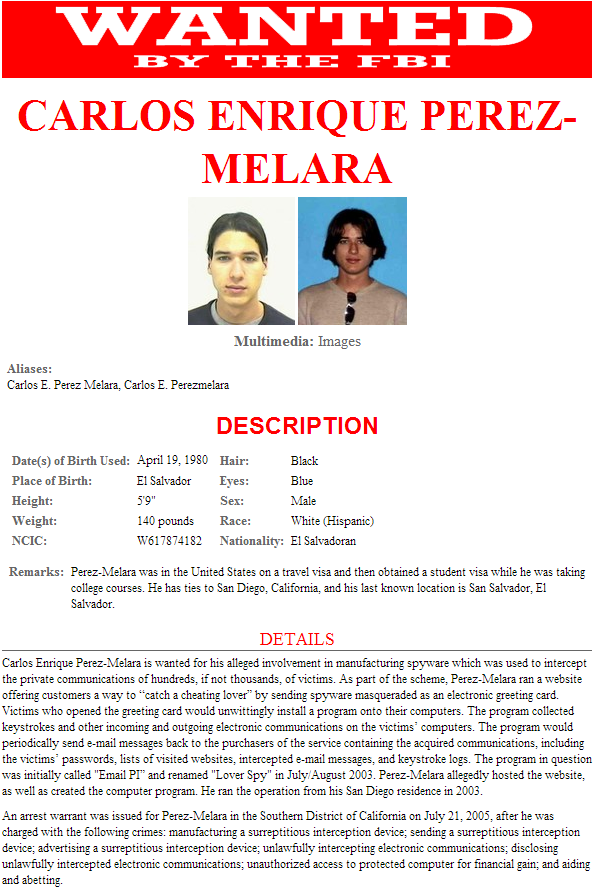 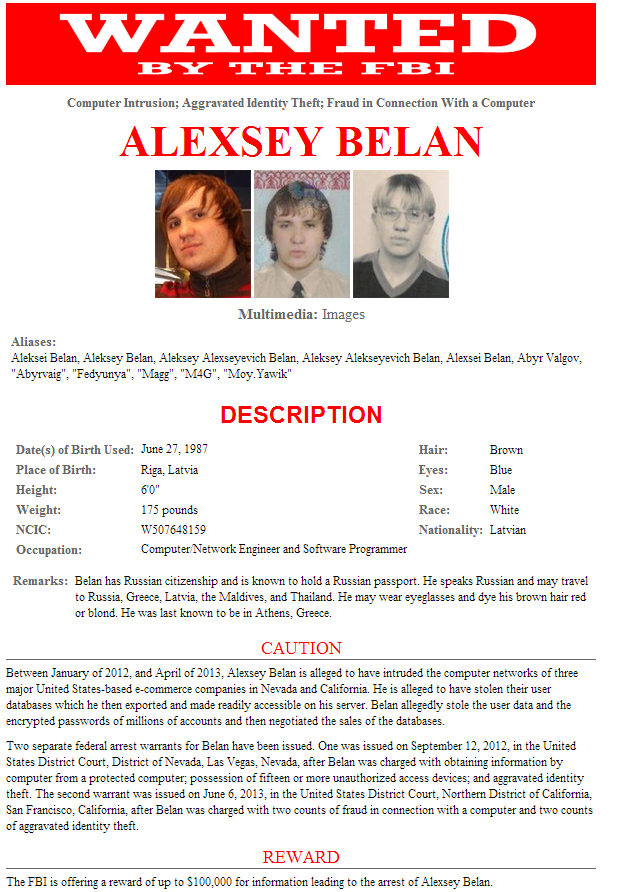 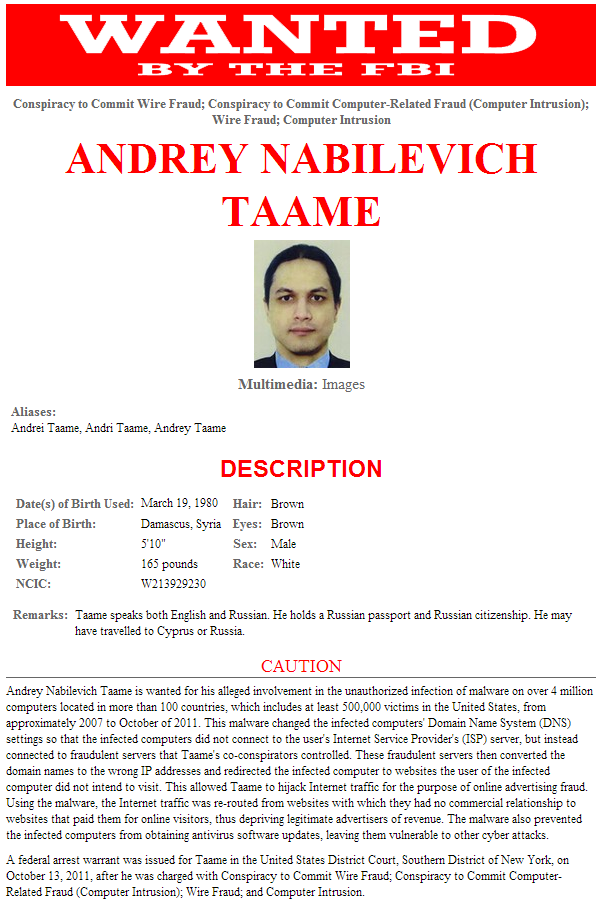