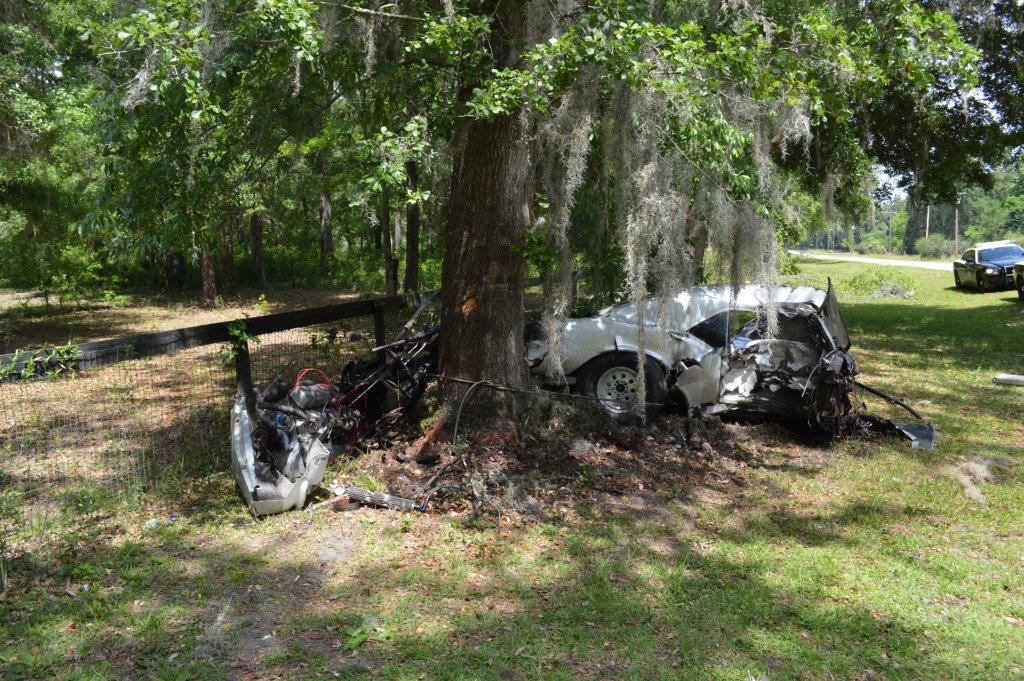 The Florida Highway Patrol is looking for the driver of a Chevy Blazer they believe was involved in an April 21 street race which claimed the life of a 44-year-old man.

According to an FHP crash report, Rufus Jim Donely was traveling eastbound on County Road 316 in his 1968 Chevy Camaro at a high rate of speed.

Troopers say Donely lost control of his car and veered left and off the roadway while rotating in a counter-clockwise motion. Donely’s vehicle went across the westbound lane of CR-316 and onto the north shoulder where he slammed into a tree.

The impact split the car into two pieces.

If anyone has any information about the crash or the other person involved in the street race — including photos before or after the race — you are asked to contact Corporal Mark Baker at 352-512-6645, Crime Stoppers of Marion County at 368-STOP,  or text 274637 using keyword 368-STOP.  Tipsters can also visit www.ocalacrimestoppers.com. Anonymity is guaranteed.