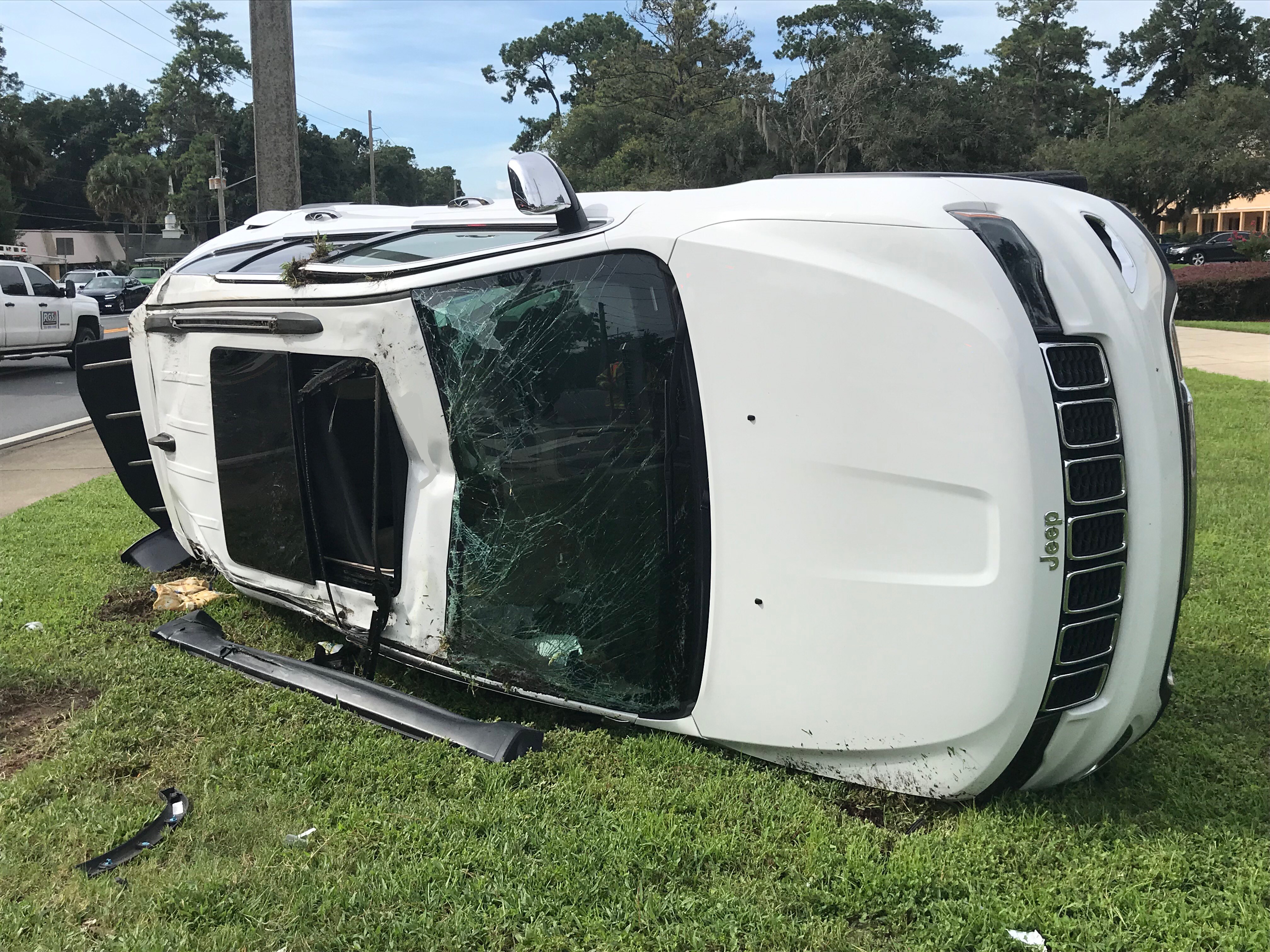 Ocala, Florida — A driver was transported to a local hospital Tuesday following a two-vehicle crash at the intersection of SE Fort King Street and SE 36th Avenue.

According to reports, Ocala Fire Rescue crews were dispatched to a motor vehicle accident with rollover at approximately 9:53 a.m. 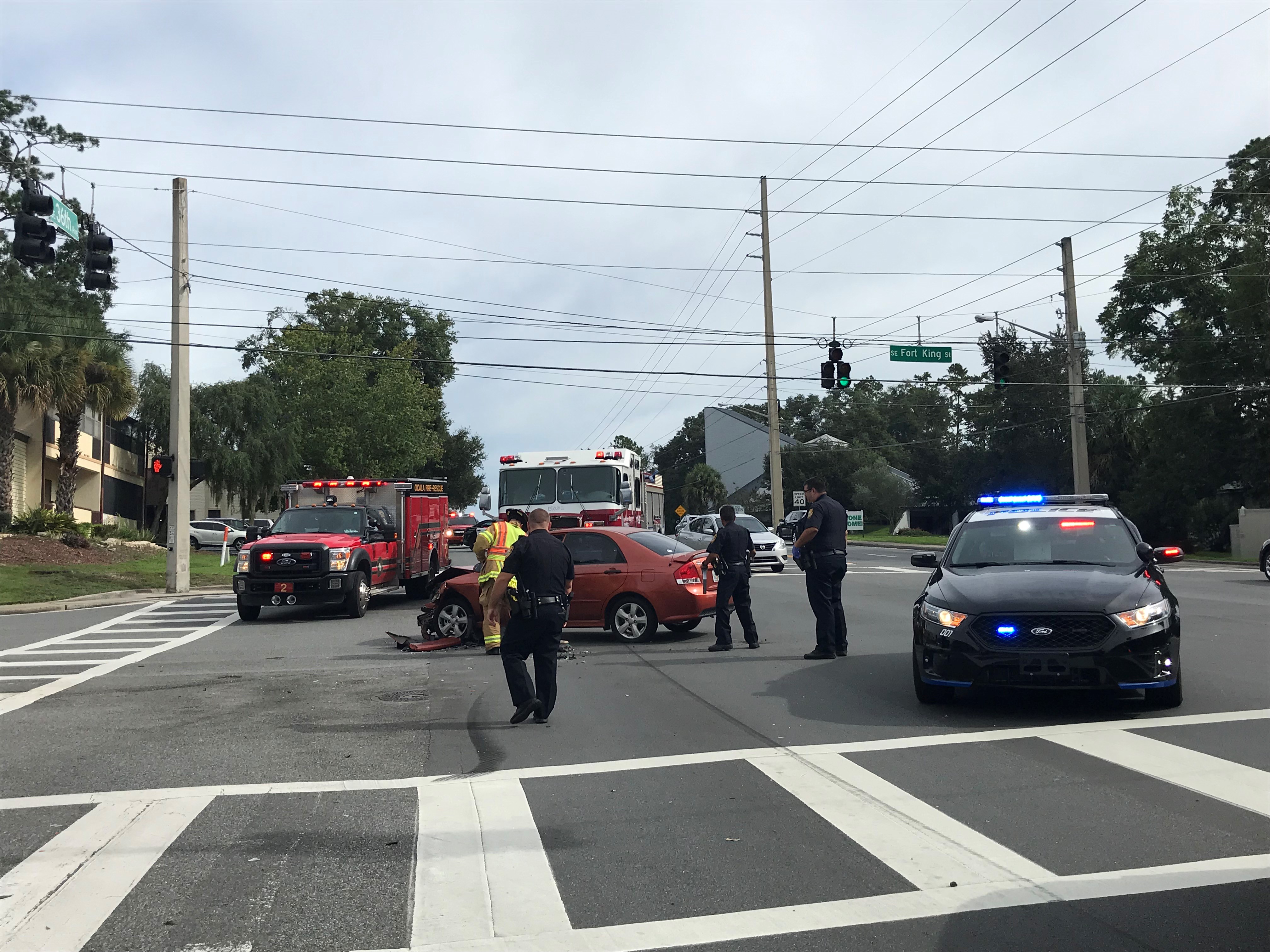 Engine 2, Rescue 2, and Battalion Chief 11 arrived to find a white Jeep SUV resting on its side on the grass. A second vehicle, an orange KIA, was upright in the middle of the intersection.

Engine crews assessed and secured the scene while medics worked on preparing the driver of the Jeep, who was outside of the vehicle, for transport.

The driver of the KIA had no injuries to report.

The accident is being investigated by the Ocala Police Department.