Ocala — A 21-year-old driver was ticketed after he failed to yield and collided with an Ocala Police Department marked cruiser. 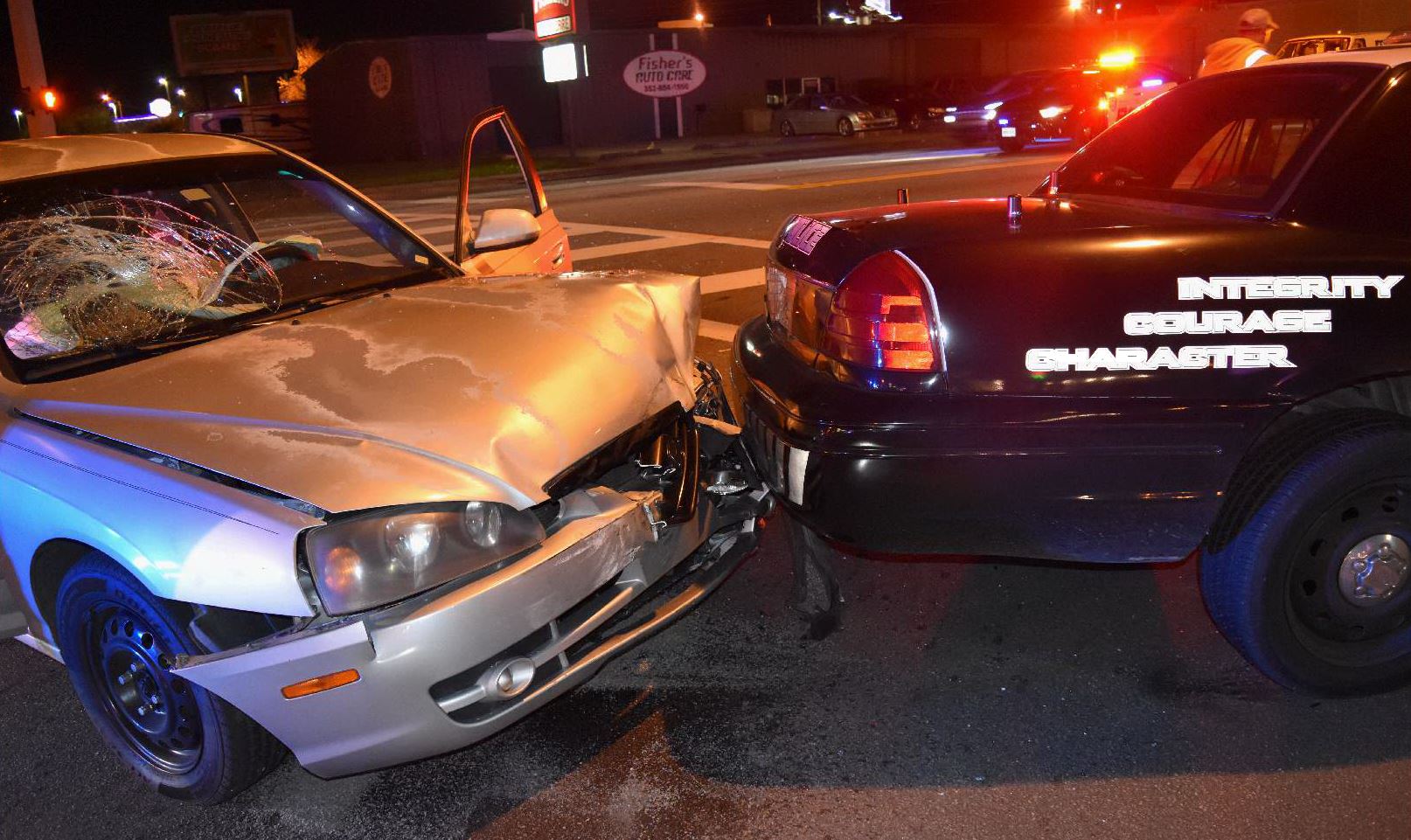 Police said that Bohorquez turned westbound (left) and into the path on the police cruiser.

Officer Letson said she attempted to avoid the accident by switching to the outside lane, however, the crash was unavoidable.

Officer Jason Rodriguez, who was following behind Officer Letson, witnessed the crash.

Bohorquez was transported to Ocala Regional Medical Center after he reported that he was having “some pain” due to the airbag deploying.

Officer Letson was transported to Advent Health Center with neck and wrist pain.

Bohorquez was cited for Failure to Yield Making a Left Turn.

The police report stated that Bohorquez told police he was only visiting Florida. Police said he had a driver’s license from Venezuela.

Bother drivers are expected to recover.