Ocala Post
Ocala Newspaper - News without hiding the truth
Home News Florida Deadly Amoeba Claims Another Life In Florida
MIAMI – 12-year-old Zachary Reyna has been infected by a deadly amoeba. He was infected while knee boarding with friends in a ditch near his family’s home.

Zachary’s uncle said, “doctors say he is not showing any brain activity.” “The doctors did all they could do. It’s up to the good man upstairs,” he said, adding that the family was praying. “I just wish a miracle would happen.”

The family had originally thought that antibiotics Zachary was taking had killed the infection, however the infection caused extensive brain damage .

“Even though Zac has passed, he will still be saving many lives,” the post read.

The family is devastated over the sudden loss of a young child with such a bright personality and so full of energy. Zac played multiple sports and had just challenged him to a baseball game two days prior, Villarreal said.

A true tragedy and sad time for all family members and friends dealing with the loss of Zachary Reyna.

The infection that Zachary developed is actually caused by Naegleria fowleri, commonly referred to as the “brain-eating amoeba or ameba.” The amoeba is a free-living microscopic ameba*, a single celled organism. It causes a rare and deadly infection in the brain called amebic meningoencephalitis, AKA (PAM).

The amoeba is commonly found in warm freshwater such as lakes, rivers, ponds, ditches, and hot springs as well as soil.

Naegleria fowleri contaminates the body by entering the nose and travels to the brain where it causes the infection known as (PAM). The infection in fatal.

The amoeba that causes the infection can also be found in under-chlorinated pools and heated contaminated tap water.

During the summer months in states such as Florida residents should take precautions while swimming in extremely warm waters or avoid lakes, ponds, and rivers completely.

While the CDC reports the infection caused by the amoeba is rare, do parents feel it is worth the risk to ignore the precautions?

INFORMATION ABOUT THE DEADLY AMOEBA [CDC] 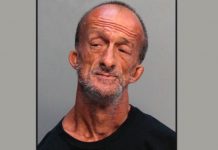 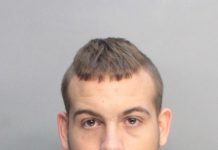 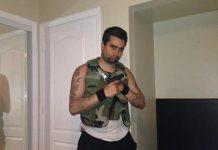 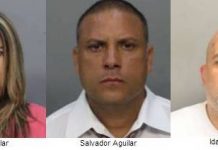 Amber Alert Was A Misunderstanding