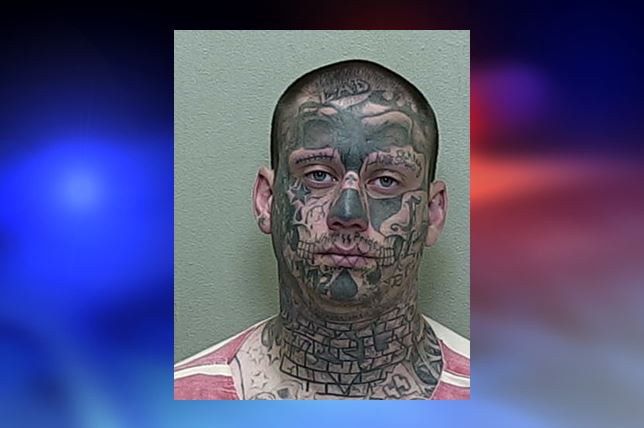 Ocala, Florida — The charges were dropped for a real piece of…art, who was charged in May with Aggravated Battery by a Person in a Detention Facility.

Robert Hardister, 27, dubbed tattoo face, had been incarcerated at the Marion County Jail from July 2018 to March 2019 on unrelated felony charges. During that time, he allegedly attacked another person while at the jail.

Hardister was arrested on a warrant on May 13.

The charges were dropped on May 31, at the request of the victim.

At the age of 27, Hardister is a career criminal with a lengthy arrest record.

Below are several of his career mugshots. 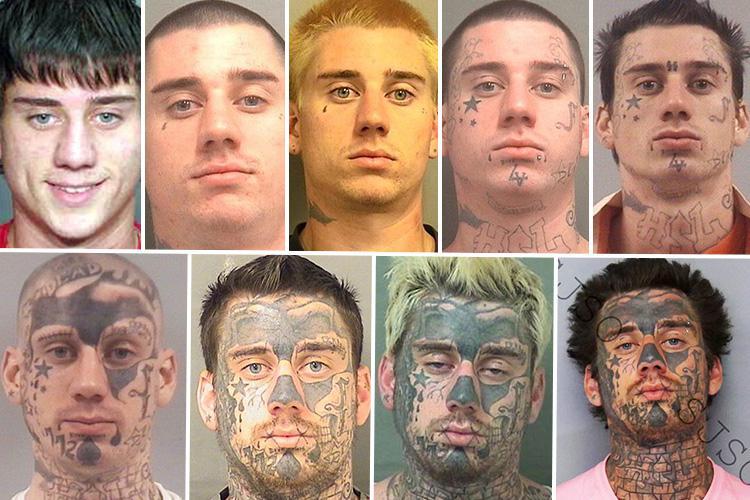