Ocklawaha, Florida — A 20-year-old man remains in the hospital after he flipped his vehicle on Wednesday afternoon.

The driver, later identified as Daniel Paul Penley, 20, of Eustis, told troopers that a vehicle had exited 168th Terrance in front of him, which caused him to lose control of the SUV and crash.

The SUV exited the roadway and flipped. It came to rest after smashing into a tree. 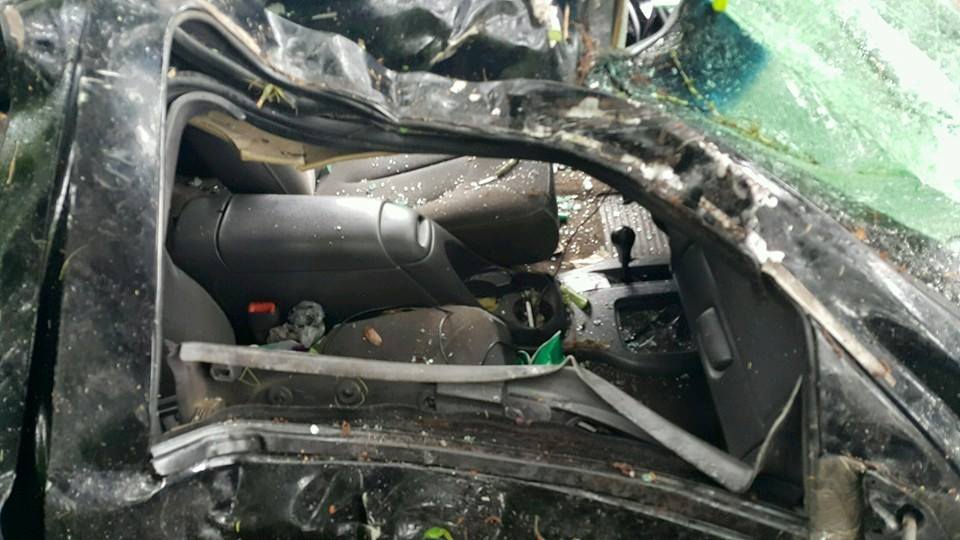 There were no other vehicles at the scene.

At approximately 1 p.m., Marion County Fire Rescue was dispatched to the vehicle rollover.

Upon arrival, firefighters found that the driver and a passenger, later identified as William Dempsey, was trapped inside the SUV.

Rescue crew had to use heavy extrication equipment to free both individuals.

Peneley had to be trauma alerted to Ocala Regional Medical Center where he was listed in critical condition.