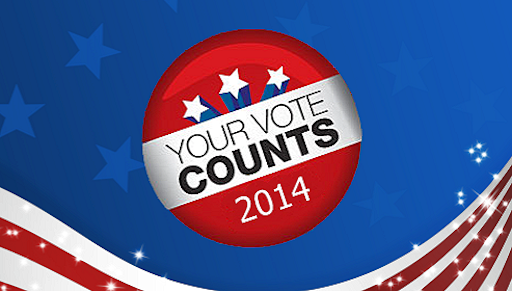 Now, at last, America gets to decide.

Millions of people are casting votes nationwide in an election that could hand Republicans the Senate after a nasty, negative campaign that cost nearly $4 billion.

Republican Gov. Rick Scott is in a slug fest with Democrat Charlie Crist, who wants his old job back. Crist is the first person in Florida to be nominated for governor as both a Republican (when he was the state’s CEO from 2007 to 2011) and as a Democrat. Libertarian Gov. candidate, Adrian Wyllie, is still in the race. He refuses to give up, and believes if people were to open their eyes and see the corruption, he could win the race.

“To those of you who have heard that I have dropped out of the race, it is an outright lie. I am very much in this race, and we are fighting to win until every vote is counted. The Republican Party of Florida is responsible for fabricating and spreading that rumor, and it is just one of the many dirty tricks that both major parties have launched against this campaign. Their lies simply expose their fear that the two-party system has ended in Florida.”

Both Charlie Crist and Rick Scott refused to debate Wyllie during the Gubernatorial Debate.

Scott and Crist are both desperately trying to gather up last minute voters, they are feeling the pressure of just how close this race is.

Charlie Crist said, “Polls close at 7:00 p.m. Don’t let the day end without knowing you did everything you could!”

Not much has been heard from Marion County commissioners.

Remember, your vote does count, and do as much research as you can before you vote.

If you do not know where to go, visit www.votemarion.com and click on “where to vote.”