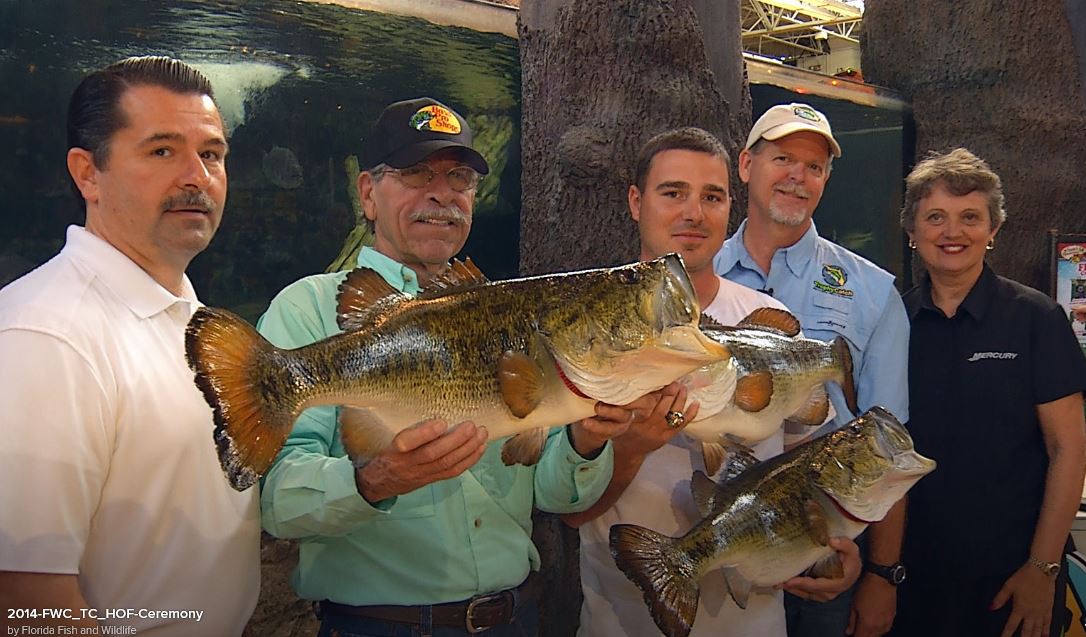 The Florida Fish and Wildlife Conservation Commission (FWC) has concluded Season 3 (Oct. 1, 2014 to Sep. 30, 2015) of the TrophyCatch citizen-science, conservation rewards program for anglers who catch, document, and release large-mouth bass greater than 8 pounds. On Dec. 5, at approximately 1 p.m. at the Bartow Ford Winter Wonderland event in north Bartow, FWC staff will conduct a random drawing among five TrophyCatch finalists to see who wins a $40,000 Phoenix bass boat.

Bass Pro Shops, another major sponsor of TrophyCatch, awards gift cards for each of the three club levels: The Lunker Club (8-9.9 pounds; $100), The Trophy Club (10-12.9 pounds; $150) and the Hall-of-Fame Club (greater than 13 pounds; $200). TrophyCatch requires each bass to be legally caught and released after photographing the entire bass (head to tail) on a scale.

The five boat finalists were selected randomly from 11,230 individuals, who registered free-of-charge at TrophyCatchFlorida.com. Every angler who successfully caught, documented and released a large-mouth bass in the program during Season 3 earned 10 additional chances. The final odds of being one of the finalists were five in 28,260. The five finalists have been invited to the Winter Wonderland event, where the final drawing will determine the one lucky individual who will win the boat. Each finalist has one chance to win.

Gary Clouse, president of Phoenix Bass Boats, said, “We are proud to partner with TrophyCatch to promote fishing in Florida.” As one of TrophyCatch’s most valued partners, they donated the Phoenix 619 Pro bass boat and trailer. It’s powered by a 200-horsepower Mercury outboard motor and equipped with a MotorGuide trolling motor and Power-Pole anchoring system. These partners each support fisheries conservation in Florida and help reward anglers for doing the right thing by documenting and then releasing bass heavier than 8 pounds to be caught again.

Here is a rundown on the five finalists:

Robert “Bob” Burnett from Lake Wales registered in 2014 and has since caught, released and documented a whopping 38 total catches with TrophyCatch. He learned about the program from a neighbor. Burnett fishes almost every day (weather permitting) and his favorite fishing partner is his wife, Angela, who is no stranger to the program herself with two Lunker Club submissions. One of his most memorable catches was an 8-pound bass he hooked that became stranded on top of vegetation; he had to wade out to rescue it. If Burnett wins the boat, he looks forward to continuing to become more involved in youth clubs and Boy Scout events at Camp Mack. He is the angler featured in our TrophyCatch Double-Take video (See YouTube.com/TrophyCatchFlorida).

The second finalist is Edgar “Ed” Prather from Middleburg. Prather learned about TrophyCatch from Th3 Legends Adventures on WFN and registered in 2013 when he submitted his first Big Catch. Prather prefers fishing from his kayak, but his favorite fishing partner is his 9-year-old daughter, Alyssa. In fact, one of his best fishing memories was of Alyssa catching a 12-pound redfish. Prather is involved in the northeast Florida chapter of Heroes on the Water, a program that helps warriors and veterans rehabilitate and reintegrate through kayak fishing and the outdoors.

Finalist number three is John Cowart from Callahan, who registered three years ago and has one Lunker Club catch under his belt. He enjoys taking his twin 16-year-old sons out fishing with him. Cowart fishes tournaments and is a fishing club member.

The next lucky angler is Alexander “AJ” Schuh from Mulberry. Schuh has been registered since the beginning of Season 3 and has two Lunker Club catches and one Big Catch entry. He is a dedicated fisherman who credits everything that he’s learned about fishing to his dad who taught him to fish. Schuh said, “TrophyCatch is an awesome program for anglers to participate in, and I recommend every Florida angler sign up.”

The last participant is Michael Doran from Boca Raton. Doran registered in 2014 and learned about the program while watching “One More Cast, with Shaw Grigsby.” Doran focuses solely on bass fishing and really enjoys “trophy hunting” for them. He is a member of the Weekend Bassers fishing club.

Jon Fury, deputy director of the FWC’s Division of Freshwater Fisheries Management, will be at the Bartow Fords Winter Wonderland event with KP Clements, TrophyCatch director, to present the rewards.

People are welcome to attend the Dec. 5 drawing to see who wins the boat package and help FWC promote conservation. There will also be a free breakfast with Santa, a 30-foot snow slide and play area, a Polar Express Train and musical appearances by Elsa, Ann & Olaf. (See BartowFord.com/Wonderland for details).