Lake Weir — UPDATE — The Marion County Health Department announced that they will begin closing beaches on Tuesday. People and pets should avoid the water. Lake Weir in its entirety is under the advisory.

Water samples tested positive for high levels of cyanobacteria, an algae that produces toxins harmful to both humans and animals.

Also, many have posted on social media about planned fishing trips to Lake Weir. The health department said no one should swim in or eat fish caught in the lake.

Health department spokesperson Craig Ackerman said, “It is all of Lake Weir, people and pets should avoid the water.”

Children should also not be allowed to play along the shoreline where they might be exposed to clumps of algae or drink lake water.

If you come into contact with an algae bloom, wash with soap and water right away. If you experience an illness, please contact your healthcare provider immediately.

Cyanobacteria, also known as blue-green algae, grow in any type of water and are photosynthetic (use sunlight to create food and support life). Cyanobacteria live in terrestrial, fresh, brackish, or marine water. They usually are too small to be seen, but sometimes can form visible colonies, called an algal bloom. Cyanobacteria are one of the largest groups of bacteria. Cyanobacteria have been linked to human and animal illnesses around the world. (CDC)

Cyanobacterial blooms and how they form

Cyanobacterial blooms (a kind of algal bloom) occur when organisms that are normally present grow exuberantly. Within a few days, a bloom of cyanobacteria can cause clear water to become cloudy. The blooms usually float to the surface and can be many inches thick, especially near the shoreline. Cyanobacterial blooms can form in warm, slow-moving waters that are rich in nutrients such as fertilizer runoff or septic tank overflows. Blooms can occur at any time, but most often occur in late summer or early fall.

They can occur in marine, estuarine, and fresh waters, but the blooms of greatest concern are the ones that occur in fresh water, such as drinking water reservoirs or recreational waters. (CDC)

The CDC said the danger to humans and pets is not theoretical, but fact. In the past, several dogs have been reported dead after coming into contact with the algae.

Exposure to blue-green algae can cause rashes, skin and eye irritation, allergic reactions, gastrointestinal upset, and other effects. At high levels, exposure can result in serious illness or death.

Depending on the particular cyanobacterium, and the amount to which one is exposed, blue-green algae have the potential to cause a variety of adverse health effects, including liver toxicity (e.g., Microcystis aeruginosa) and neurotoxicity (e.g., Anabaena circinalis). Microcystin toxins may also promote tumor growth.

In a press release Ackerman said, “Most problems happen when water containing high toxin amounts is ingested. Abdominal cramps, nausea, diarrhea, and vomiting may occur if any untreated surface water is swallowed. Direct contact or breathing airborne droplets containing high levels of algal toxins cause irritation of the skin, eyes, nose and throat. Rashes can develop when skin is exposed to the algae. Individuals should avoid coming into contact with a blue-green algae bloom, especially children and pets.”

While some algae blooms occur naturally, many are prompted by phosphorus runoff from lawn fertilizer. Some states have ban or put strict limitations on how much fertilizer can be used on lawns and farms, especially for residents that live near or on a lake. Areas that have implemented these types of bans have reported a large reduction in algae blooms.

In 2014, hundreds of thousands of people in Ohio and Michigan were left without drinking water for three days after a large algae bloom seeped into the water supply. Boiling water does not kill the toxins.

Ohio is currently waiting on new legislation to be approved that would not only limit the use of phosphorus, but also require water treatment plants to test for it on a monthly basis.

Workman said that large amounts of bream, bluegill, largemouth bass, crappie, and catfish have been reported dead and observed floating near the Bird Island and Lemon Point.

According to reports, FWC staff conducted an investigation on the afternoon of April 16, 2015, and confirmed numerous dead bluegill and red-ear sunfish along the south and western shoreline of the main lobe of the lake. In addition, approximately 500 to 1000 bream, black crappie, and largemouth bass were noted dead.

The fish kill is believed to be the cause of low oxygen levels in the water.

Workman said, “Warming waters, cloud cover, and rain that washes sediment into the water can cause a fish kill like this one. With the sediment being washed into the water, combined with the fact that many fish species are spawning, the conditions for a fish kill are present.”

Water samples taken by FWC showed elevated levels of cyanobacteria, an algae that produces toxins harmful to both humans and animals. Workman said this will most likely prompt public beaches to close.

The Southwest Regional Office of the Commission covers 13 southwest Florida counties and receives between 100 and 150 fish kill reports each year. While some result from spills or illegal discharges of toxic substances, most kills occur when oxygen dissolved in the water drops to levels insufficient for fish survival.

Most times, fish can tolerate temporary lags in dissolved oxygen (DO) levels. Fish kills occur only when several contributory factors occur simultaneously. Prolonged cloudy weather, drought conditions, overcrowded fish populations, excessive algal or other plant growths and high water temperatures are the most common factors that combine to cause fish kills. In Florida, most DO-related fish kills occur in the warmer months from May through September, although winter cold fronts can also trigger DO lags. A typical scenario occurs when fish are observed at the water surface appearing to gasp for breath. Fish usually continue to die from viral or bacterial infections for 3-4 days. Most of the time, this occurs after a period of rainy or cloudy weather.

During the spring, kills involving only one species can occur and these are caused from stress brought on by spawning activities. Along coastal areas of Florida, surface and groundwater inflows of salt water can kill freshwater fishes. Decomposing vegetation from aquatic plant control operations may reduce oxygen levels in the water. If this occurs during times when other environmental conditions cause low levels of DO, fish kills may occur. It is essential that only herbicides that have been approved for use in aquatic sites by the US Environmental Protection Agency (EPA) and the Florida Department of Agriculture and Consumer Services (FDACS) be utilized in strict accordance with the label and that consideration be given to weather conditions and DO levels prior to application.

Application of pesticides to control lawn and crop insects can enter a pond or lake during heavy rains and cause a fish kill. Use of any type of chemical pesticide should be done with extreme caution around all water bodies.

Workman said fish kills can only be prevented by maintaining good water quality. Once a kill starts, there is nothing that can be done. State and most county agencies cannot clean up dead fish and private landowners must undertake the task themselves.

People that live in the area will have to endure the stench of rotting fish and flocks of birds until this matter resolves itself.

FWC is monitoring this situation closely. 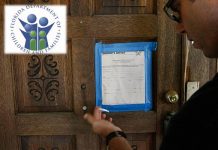 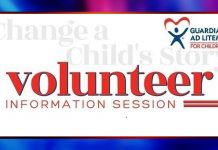 Letter to the Editor: Make Your Mom Proud…Give a Child What She Gave You 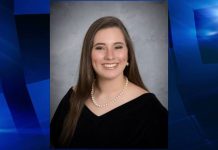 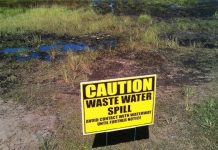 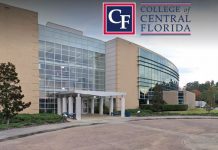