[Use arrows on the above photo to navigate photo gallery.]

Attendance was estimated to be between 12 and 15 thousand, with thousands more who could not get into the pavilion.

Several Trump supporters camped out in front of the gate the night before.

Energy was high, and there was a sense of enthusiasm in the air as the stands quickly filled to capacity.

Rally-goers Cassidy C. and Shelby McClellan, both 15 and dressed for the occasion, said, “This is our second Trump rally.”

They said they first attended a Trump rally in Jacksonville.

The girls said they really wanted to come and support Trump and wish they were old enough to vote.

Shelby said, “I recorded the presidential debates and I watch them over and over again.”

The two said they have received death threats, have been physically attacked, and verbally bullied at school by other students who support Democratic presidential nominee, Hillary Clinton.

“It will not keep us from supporting Trump,” said the girls.

Cassidy said, “I believe we need someone different… like Trump. I believe Trump is a smart, and good businessman who does want to make America great again.” She went on to say, “After what Hillary did to the Americans in Benghazi, she should not even be considered for president.”

Shelby and Cassidy said that their family supports the two in their decision to rally for Trump.

Elaine Lee, 75, and her husband of 25 years, Velden Colby, 81, said, “Trumps’ comments on an audiotape from 11 years ago will not change our vote.”

Elaine said, “In all my years, that is not the first time I have heard men talk that way.”

“Boys will be boys,” she said.

Many Trump supporters said they had previously voted Democrat, but, like many, felt it was time for a change.

When Yoho stepped out onto the stage, he jokingly asked, “How are my fellow deplorables’?”

During a press conference earlier this year, Clinton referred to all Trump supporters as deplorable.

Yoho also asked, “Is this election about what was said in a “locker room,” or is it about the direction of the county for the next 40 to 50 years.

Yoho was referring to the leaked tape in which Trump is heard talking about women in a sexual manner.

Overwhelmed by the size of the crowd, Giuliani said that he has been through four or five presidential campaigns, but has “never, ever seen enthusiasm like people have for Trump.”

“There is something very special going on here, a movement that’s going on her that the media does not quite pick up,” said Giuliani.

Like Giuliani, Trump was also pleased with the energy of rally-goers and size of the crowd.

When trump took the stage, he said, “Wow, big crowd, wow. This is a big crowd.”

If elected as the next president, Trump said he would also end Common Core. 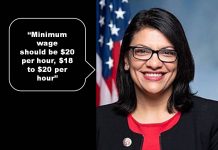 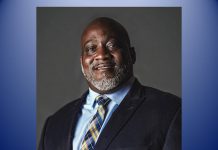 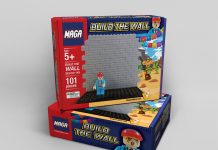 Company says it has the best selling Christmas gift of 2018