Ocala, Florida — The Ocala Police Department is investigating a break-in at the Rural King, located at at 2999 NW Blitchton Road.

According to police, during the break-in, three males stole several firearms.

An employee told police that someone broke into the store and went straight for the gun case. The employee saw someone running, but said they were not able to catch the thief.

If you have any information about the burglary, you are urged to call the Ocala Police Department at 352-369-7000, Crime Stoppers at 368-STOP, or text 274637 using keyword 368-STOP. Tipsters can also visit www.ocalacrimestoppers.com. Anonymity is guaranteed. 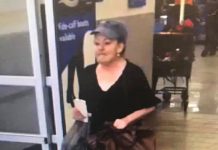