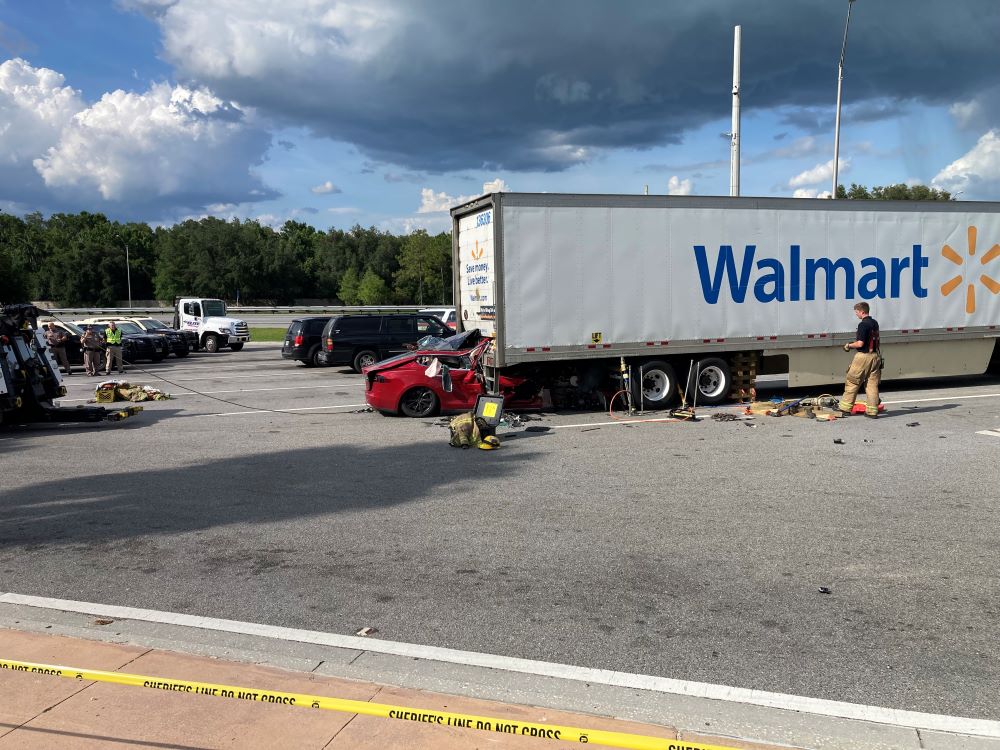 According to the Florida Highway Patrol, a California couple was killed Wednesday after their 2015 Tesla slammed into the back of a tractor-trailer.

FHP said the couple was traveling southbound on Interstate 75 towards the Paynes Prairie Rest Area when the Tesla exited the interstate, entered the parking lot of the rest area, and crashed.

The tractor-trailer was parked in a parking space.

The driver and passenger, a 66-year-old woman and a 67-year-old man were pronounced dead at the scene. Gainesville Fire Rescue responded and cut the couple from the vehicle.

The driver of the tractor-trailer was not injured.

FHP said it is unknown why the vehicle exited the interstate and drove through the rest area parking lot without stopping.

FHP did not release the names of the occupants who were killed.