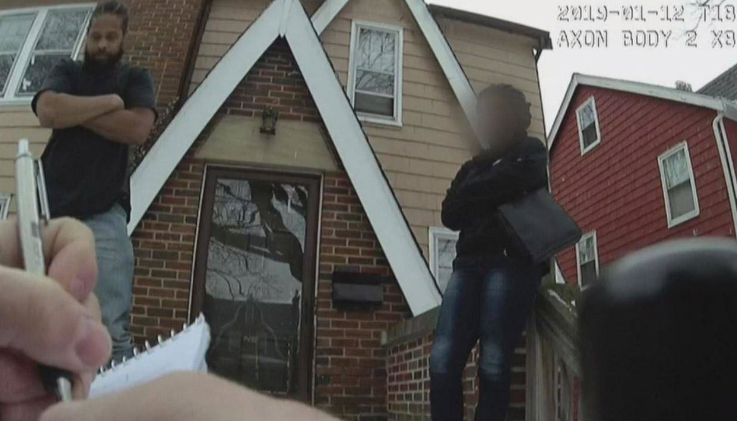 On January 12,  Officers with the South Euclid Police Department were dispatched to an Ohio home after a teen called 911 and reported a theft.

Upon arrival, the 16-year-old complained to police that her father had stolen her iPhone.

The teen insisted that it was a theft and that she was entitled to the phone.

She demanded that police force her dad to give the phone back.

however, police did not give the teen the answer she wanted to hear.

Officers told the teen that having a cell phone under the age of 18 is a “privilege” and not a “right” as she would like to believe.

Officers suggested to the teen that she follow the rules her father set if she hoped to get the phone returned.

In 2018, a mother who was disciplining her 15-year-old daughter by taking her cell phone away was arrested and charged with Larceny Theft Under $200.

The charges are punishable by up to 93 days in jail each.

In a court statement, the Grandville, Michigan mother, identified as Jodie May,  said, “I was just being a mom, a concerned parent and disciplining my daughter.”

According to court records, May had taken her daughter’s iPhone 6 in April after she got in trouble at school.

The girl’s parents are divorced and share custody of the 15-year-old.

After May took her daughter’s cell phone, the girl’s father called the sheriff’s office and reported it stolen. The father said that the punishment was a crime because the phone belonged to him and not his daughter.

May, who has a newborn, was breastfeeding her baby when a deputy showed up at her home on May 12…the day before Mother’s Day. The deputy told May that he had a warrant for her arrest. May asked if she could turn herself in after she made arrangements for her baby, who was not taking a bottle at the time.

The deputy told her no and took her into custody. She was later released on a $200 bond.

May was arrested in May and the trial was set for Tuesday, September 18.

During the trial, prosecutors approached the bench and asked that all charges be dropped. Prosecutors told the judge that they had encountered new evidence they felt would significantly change the case.

Ottawa County Assistant Prosecutor Sarah Matwiejczyk said, “I’ve had an opportunity to discuss this case with the victim in this case, or at least the person we believed owned the property.”

Matwiejczyk said that the girl’s father did not actually own the phone.

Records show that the father had given the girl the phone as a Christmas present.

May’s court-appointed attorney, Jennifer Kuiper-Weise, said that she was furious that the case had made it as far as it did. She said that she was ready for a fight because she knew it was a case of “parental discipline.”

In an email, Ottawa County Prosecutor Ronald Frantz blamed the mother for the case making so far in the court. He wrote that May never told anyone she took the phone away from her daughter as punishment. He said that it was not mentioned anywhere in the report.

May said that the arresting deputy is being dishonest. She said she did tell him why she took the phone.

In a statement to Ocala Post,  the Ottawa County Sheriff’s Office said that the arresting deputy was just doing his job.

This is the second time something like this has happened. In 2013, a Texas father was arrested after his ex, who had remarried a police officer, called police after the father took his 12-year-old daughter’s phone away. When police arrived at Ronald Jackson’s home, they told him to give the phone back. Jackson responded by telling the police that they did not have the right to interfere with the way he parents his child.

Jackson hired an attorney and requested a trial by jury. In 2016, a judge ordered that the jury find Jackson not guilty.

Jackson’s attorney described the case as an episode from the Jerry Springer show.

The officer in Jackson’s case was accused of abusing his power but never faced any charges.

In May’s case, all charges have been dismissed.

May is now looking for answers.

The family is calling this case government overreach.