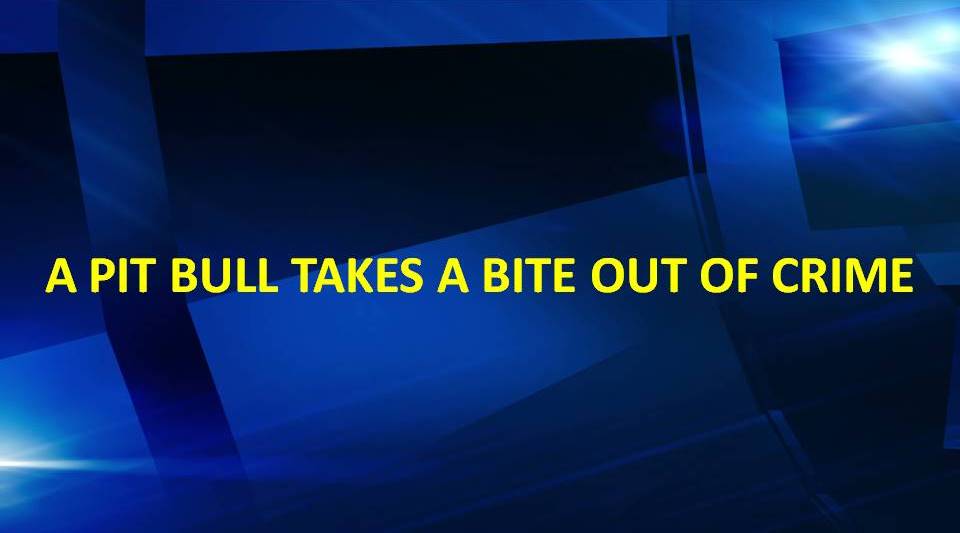 Deltona, Florida — A pit bull in Volusia County literally took a bite out of crime while defending his home and sleeping owner.

At approximately 4:30 a.m., a man was awakened by a loud crash and the sound of his pit bull barking.

The 24-year-old jumped out of bed and ran into the front room where he saw a man trying to free himself from the jaws of his pit bull. The intruder had kicked in the front door, but didn’t get far as he was greeted by the dog.

Once the man was able to free himself from the dog’s jaws, he fled on foot, followed by the pit bull.

The only clues left behind by the suspect was blood.

The suspect was described as a skinny man of unknown race wearing all black and he had something covering his face. He should have bite marks on his right arm that may require medical attention.

Anyone with information about the suspect’s identity is asked to contact Investigator Dan Shivers at 386-860-7030 or Crime Stoppers of Northeast Florida, toll-free, at (888) 277-TIPS. Resident can also text a tip by texting “TIP231 plus the message” to CRIMES. Tipsters who provide information to Crime Stoppers will remain anonymous and can qualify for a reward of up to $1,000.