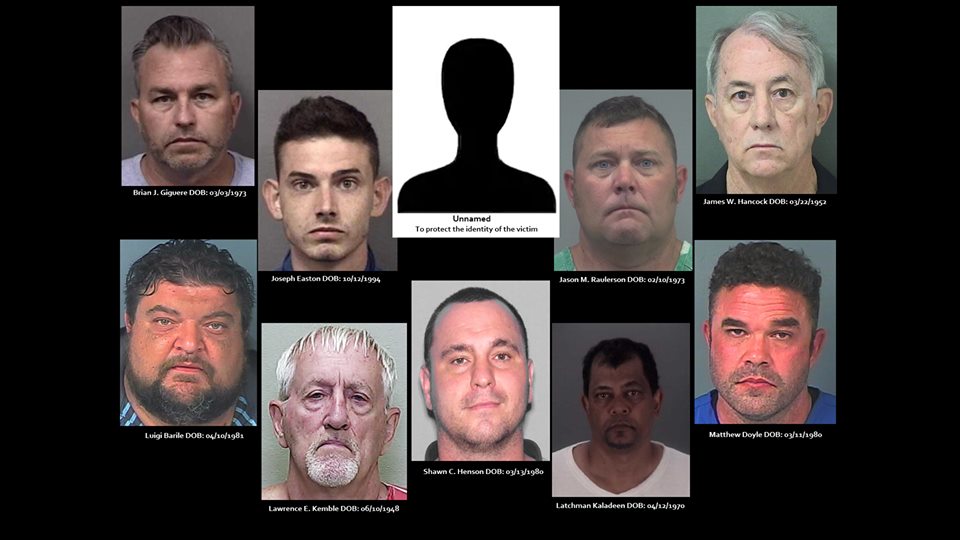 A two-year long investigation into a Human Trafficking case originating in Hernando County has resulted in the arrest of nine individuals statewide.

Two of the men have ties to Marion County…one of the men, Luigi Barile, 38, is the owner of the popular restaurant chain Chefs of Napoli.

The Human Trafficking charges were the result of an investigation into an anonymous tip regarding individuals responding to a specific online ad posted on various internet sites offering sex for money, including the internet site backpage.com.

Investigators were able to identify an adult individual, serving in a parental role, who was offering the services of a female juvenile in her mid-teens to anyone willing to pay for sex. The identity of the adult is not being released to protect the identity of the victim.

The sexual encounters occurred in Hernando County, as well as various other locations across the state.

The adult individual at times would transport the teen to other counties for paid sexual encounters, some lasting overnight.

Those arrested in connection with the investigation are as follows:

All nine men arrested are charged as follows:

Investigators said the teen brought in approximately $4,000 a month.

The teen is currently living in a Human Trafficking Shelter outside of the Tampa Bay area.