The 29th Annual Ocklawaha River Raid will be held on November 2 and 3, 2013, and
is hosted by the 2nd Battalion, Hardy’s Brigade Civil War Re-enactor/Living History
units.

We are pleased to announce this re-enactment will be held on a new site. In cooperation with the Florida Horse Park the event will take place on their grounds located at 11008 South Highway 475. The site is south of Ocala and west of Belleview. This Living History event commemorates the March 1865 Union army raid on area plantations and the resulting skirmish with local Southern troops that was the only battle of the Civil War to occur in Marion County

A Brief History of the Original Raid and Battle

By the spring of 1865, nearly four years of war had gone by and though numerous battles had occurred in surrounding areas, no engagement had yet taken place in Marion County. But this fact was about to change. On March 7, 1865, Sergeant Major Henry Thomas and a company of Union soldiers of the 8th United States Colored Troops from the Union garrison at Jacksonville moved up the Saint Johns River by boat, disembarking at a place known as Fort Gates. From here the Federal soldiers marched overland into Marion County. Crossing the Ocklawaha River, the raiding party fell upon the Marshall’s Plantation, a large syrup and sugar making facility that supplied provisions to Confederate forces. Here the attacking Federals destroyed some 80 gallons of syrup and 200 hogsheads of sugar along with the machinery and the main plantation house. Taking the slaves, wagons, horses, and assorted property with them, the Union troops started back toward the Ocklawaha River. Before long local Confederate troops became aware of the Federals’ presence. While the Union men were setting about their actions at the plantation, a servant took to horseback and rode into Ocala and brought word of the raid. Captain Samuel Howse and the Ocala Home Guard militia were soon on the march to the Marshall’s Plantation. Further, Captain John J. Dickison of Company H, 2nd Florida Cavalry, was near Ocala at the time and received similar notice of the enemy’s action. The Home Guard soon caught up with the raiding force just as they left the plantation, and a running battle now began toward the Ocklawaha River. Falling back to the Marshall’s Bridge (near the site of the present-day Sharpes Ferry Bridge), the Union troops withdrew across the Ocklawaha River and set fire to the bridge, blocking the pursuit of the Home Guard. The skirmish resulted in two of the Home Guard killed and two mortally wounded, with two dead and four wounded among the Federal ranks. Once across the Ocklawaha, the Federals attacked another plantation but did not destroy it. They soon resumed their march, but the challenges for the Union force were not ended yet.

Upon hearing of the raid, Captain Dickison moved toward the scene with 50 Confederate soldiers. The skirmish had concluded by the time he arrived in the area. Still, his command crossed the Ocklawaha River and continued in pursuit of the Union force, which was now headed toward the Federal garrison at St. Augustine. Within a few miles of the city, Dickison’s troops nearly caught up with their adversaries. Realizing the enemy was close behind, Thomas’ Union soldiers abandoned their captured prizes and successfully entered the safety of Saint Augustine. All that they had taken from the plantations, save one horse killed during the raid, was returned to Marion County by the Confederates. Each year on the first weekend of November, the past comes to life in the annual Ocklawaha River Raid Civil War Reenactment and Living History Weekend. From its humble beginnings in 1985 with some 85 re-enactors, the event has grown into a full Living History weekend that presently involves some 400 to 500 participants. These re-enactors gather from all across Florida, offering the public a look at life as it was in the 1860s.

Upon entering the site, the visiting public finds themselves surrounded by the sights and sounds of a bygone era. Numerous aspects of this time period are portrayed by Union and Confederate soldiers as well as civilians of all ages. Spectators are welcome to wander the grounds at their leisure and to converse with these Living Historians, many of whom are well versed and very knowledgeable about the time period and the role they portray. The weekend is filled with a full roster of events for the entire family.

The civilian aspect of the era is also portrayed. Some may be seen about the authentic camps portraying family members and friends visiting loved ones serving in the military forces. Others portray civilian in their daily lives on the home front and similar locations. Like their military counterparts, these civilian re-enactors offer a look at another part of this time period.

While one may experience “living history” encounters all around the site, several distinct areas are set up on the grounds. Authentic military encampments of both are present. These camps are arranged in streets and rows according to military regulations of the day. The tents, equipment, weaponry, and so forth are all authentically correct. Soldiers may be seen on duty at guard posts, drilling, or attending to assigned tasks about camp. Others may be on leisure time while cooking meals, cleaning muskets and gear, writing or reading letters and newspapers from home, or engaging in a game of cards, checkers, horseshoes, or chess. Re-enactors attend portraying soldiers of all branches of military service, including infantry forces, artillery batteries, and mounted cavalry units.

Another place to peruse can be found at Sutler’s Row. Originally, sutlers were private businesses that traveled with the armies. From canvas tents, wagons, and so forth, they sold items to the soldiers not always provided by the military. Today the term refers to those who set up shop at re-enactment events, offering items relating to the time period, including re-enactor gear, original and reproduction goods, and other Civil War related wares. Many of these persons, who attend authentically dressed in 1860s attire and are knowledgeable about this time period themselves, are also open to engage in conversation with the public as well.

The public is encouraged to keep their eyes and ears open as they tour the grounds.

Living History scenarios of the many facets of life can occur at any time. Various demonstrations of musket and cannon firings, period music, cookery, a period church service, historic talks and lectures, and a host of other are featured throughout the weekend. Each day the actual battle re-enactment will be preceded by a period music concert featuring songs of the 1860s era on period instruments.

The weekend is highlighted by two authentic battle re-enactments. Muskets crackle and cannon boom as Union and Confederate forces meet in simulated combat, involving infantry, artillery, and cavalry units. The weaponry, commands, and tactics are all accurate to those employed in battle in the 1860s. The Ocklawaha River Raid is open from 9:00 A. M. to 4:00 P. M. both Saturday and Sunday. The actual battle re-enactments are at 2;00 P. M. both days. The public are encouraged to arrive early and tour the grounds and authentic camps before the battles. Admission to the re-enactment event is $ 5.00 per carload. Various food concessions will be available on site.

The Florida Horse Park is ideally situated on 500 pristine acres in the heart of Central Florida. This year-round, world class facility is fast becoming the centerpiece of Florida’s equestrian lifestyle community. The Park offers international caliber competition courses, an exciting schedule of world class events that is drawing top competitors and spectators from every horse sport discipline, locally and globally and educational opportunities for the horse enthusiast. This increasingly popular destination for family tourism offers visitors hundreds of miles of pristine riding trails that wind through the lush Florida Greenway.

The Park is ideally suited to many other community activities, such as dog shows, competitive trail runs, festivals, to name just a few. The Park is located at 11008 S. Highway 475, Ocala, FL 34480.

For more information on the Ocklawaha River Raid re-enactment email to ltcol2ndbattalion@gmail.com. All are invited to come and enjoy seeing this part of our rich American heritage and history brought to life. 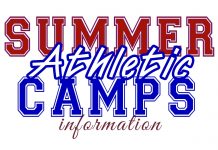 Class of 2021 will receive graduation tickets based on class size 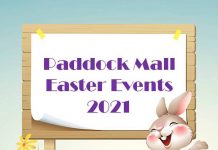