On the day Beard went missing, the son went to check his residence at 2850 S.W. 164th Street Road and discovered he was gone.

There was a note stating his safe combination, e-mail password and instructions as to who his possessions should be given to.

Upon checking the safe, Beard’s .38 special was discovered missing.

The Marion County Sheriff’s Office says his death appears to have been a suicide, however it is too early in the investigation to tell.

Details will be released as they come in. 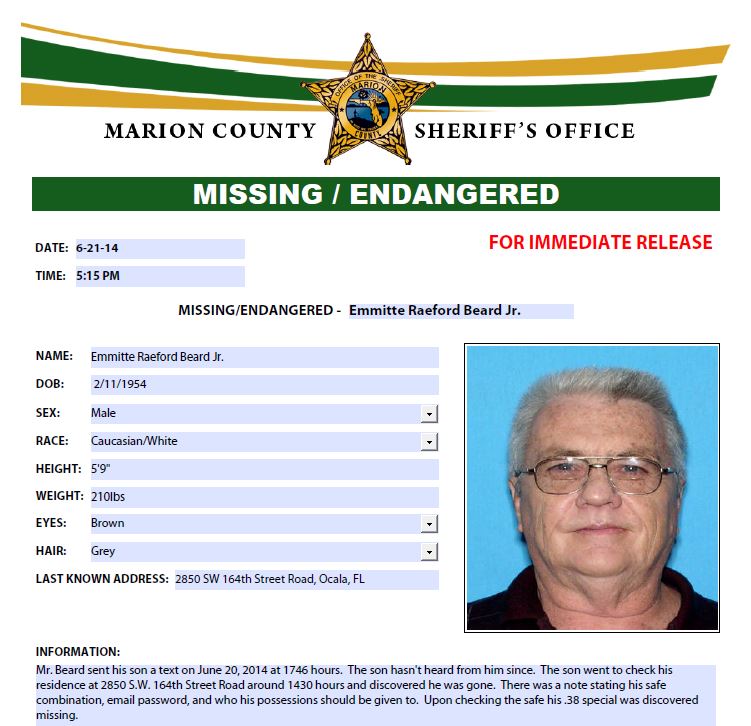