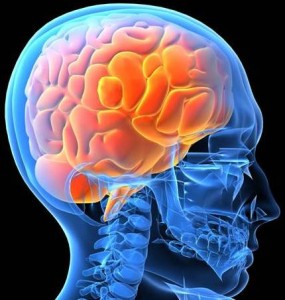 A study by the journal of Neurology says it could shrink by two percent if men suffer from migraines and depression. The study is not referring to penis size, so men, you can relax.

The study is actually referring to brain shrinkage. Researchers conclude that as of right now between 10 percent to 12 percent of Americans suffer from migraine headaches or depression. Researchers have also concluded that in some cases, migraines have actually caused depression.

The average brain size of a male who suffers from migraines and depression is two percent smaller than those that do not. And women, before you start thinking that the “women are smarter than men” debate has just been settled, you may want to hold that thought for just a minute. Women as well as men can be affected by this .While only 12 percent of the U.S. population may be affected by migraines, six percent are women. According to the study, of the 12 percent, four percent of the population actually suffer from both, depression and migraine headaches.

According to researchers, brain shrinkage can be controlled by increasing your vitamin B12 intake. Lower B12 levels have been associated with smaller brains. Men, the next time you want to go out for a steak and your wife says no, tell her it is a must, as steak contains the B12 you need. Fish, eggs and many dairy products are also high in vitamin B12.

Additionally, a study in the January 27, 2014 issue of Journal of the American Medical Association says experts now fear that frequent migraines may be associated with brain damage, and are linked to an increased likelihood of brain lesions. And while it is not yet known if the lesions cause further health problems, doctors say it is more evidence migraines should not be treated as simple, episodic headaches, but rather a chronic condition similar to asthma or epilepsy.