The lawsuit alleges that Michael Tarver was recorded via a cell phone video while illegally altering medical records that were requested by the State of Florida Department of Health (DOH) investigator, Mike Knezevich during their investigation.

In the lawsuit, Sullivan states that she was ordered by Tarver to refuse DOH investigator Knezevich any documents that were subpoenaed.

According to the complaint, the two women stated that both Rebecca and Michael Tarver interrogated them about the DOH investigation on multiple occasions.

Consequently, Frederick and Sullivan were terminated from Polliwog Dental after the Tarver’s learned the employees cooperated with investigators from the DOH. Mike Knezevich was the lead investigator in the case, however, he was forced to resign due to pressure from his employers after Michael Tarver filed a complaint against him. Tarver said Knezevich was a corrupt, gross incompetent alcoholic that lacked ethics and abused his power. Tarver even went as far as to have Knezevich’s employment records from his previous job in Alachua County included in the complaint.

Starting in 2012, Tarver had multiple complaints filed against him at the Ocala Police Department. Each time that Tarver was investigated by detectives, he was cleared.

Polliwog Dental was investigated by the DEA back in July of 2013 for suspicion of overmedicating children. Specifically using Demerol to sedate and “control” children who Tarver felt were misbehaved, according to his own words.

In a police report filed with OPD, one victim told investigators that she was crying, scared and ran down the hallway in an attempt to get to her mom. The victim said Tarver chased her down the hallway, picked her up like a baby, and while wearing gloves, covered her mouth and nose. The victim stated she had trouble breathing and Tarver asked her, “Are you done?” He then placed her back into the dentistry chair. Later, after being released, the mom noticed her child’s lip had been busted. An employee of Polliwog confirmed the victim’s allegations, according to police. OPD questioned Tarver and he said, “I remember the patient because she was so badly misbehaved. She ran down the hallway kicking and screaming at the dental staff. I didn’t put my hands over her mouth. The child had to be sedated due to her extremely poor behavior.” Tarver was not charged, according to OPD, he had not committed any criminal offenses.

June 26, 2013, OPD received a complaint about a child that received a 1-1/2″ laceration in the middle of his forehead. Tarver “claims” the child tripped over his own feet causing him to fall and hit his head. Tarver did not call EMS. When questioned by OPD Tarver said, “I am Emergency Medicine Certified, therefore I did not feel the need to contact EMS.” OPD notified DCF upon this investigation due to OPD being called out multiple times starting in June of 2012. The injury did require stitches.

In one incident a parent said that Tarver placed his hand over the nose and mouth of her child until the child lost consciousness.

According to police reports, one child, four years of age, was given a dose of Versed and the child stopped breathing. Tarver did CPR to revive the child but failed to notify the parents. Tarver’s notes, which were seized by the DEA, described the incident as a “brief apnea episode.”

State Attorney Bill Gladson said, “This office was asked by detectives to review three separate incidents concerning potential child abuse. Some of these allegations had already been reported to the Department of Children and Families months prior to being referred to the Ocala Police Department.”

“Each case was reviewed to determine whether, if true, the allegation would constitute the crime of child abuse. To prove the crime of child abuse beyond a reasonable doubt, the State would have to prove that a defendant knowingly or willfully, and intentionally, inflicted physical injury, or committed an act that could reasonably result in physical injury, to a child. At the time, physical injury was defined as ‘death, permanent or temporary disfigurement or impairment of any body part.’ During their investigation, the Detectives with the Ocala Police Department conducted numerous interviews of staff members, reviewed surveillance video, photographs, medical records, physical evidence as well as interviewed the complainants in the cases.”

“Based on the evidence available, it was decided that no single allegation, if proven as alleged, would constitute the crime of child abuse such that any conviction could be sustained on appeal. This office did not review, and was not asked to review, any matter being investigated by the Department of Health or the Board of Dentistry,” Gladson said.

Polliwog has since changed its name to Churchill Dentistry, but according to the Florida Department of State Division of Corporations, the actual registered business name is Churchill Pediatric Dentistry, LLC, which is registered to Rebecca Tarver, Michael Tarver’s wife.

Ocala Post contacted the DOH on May 1, 2014, after receiving multiple inquiries from Ocala residents as to whether or not Michael Tarver was still practicing in Ocala.

Michael Tarver’s license was reinstated on November 19, 2013, and in the final “Settlement Agreement” that was ordered it states that Michael Tarver is required have his records monitored for a period of one year, pay fines, publish a 2,500 word article, take a three (3) hour continuing education course on “Dental Record Keeping” and a three (3) hour continuing education course on “Ethics” that must be completed within a 12 month period.

According to McKinley Lewis, Public Information Officer with the DOH, Dr. Harry E. Bopp, DMD, is the current records reviewer assigned to Michael Tarver approved by the Board of Dentistry.

Michael Tarver does not have a supervisor physically within the Churchill Dentistry Office that oversees his work. Michael Tarver actually works with his wife, Rebecca Tarver.

According to Churchill Dentistry’s new policy, parents are now allowed back with their children during procedures.

Churchill Dentistry has also been approved to accept Medicaid.

According to the Florida Department of State Division of Corporations, Pediatric Dental Partners, LLC, registered to Michael Tarver, is an active LLC with a Clermont, Florida address.

[All information contained within this article was gathered from public records in accordance with the laws of the State of Florida.] 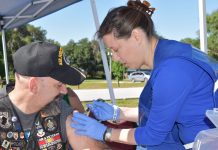 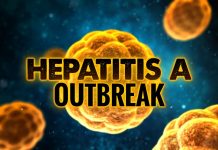