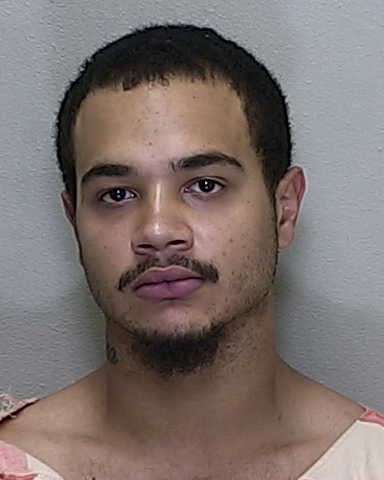 An Ocala man was arrested Tuesday following an altercation with his girlfriend.

Authorities say that 21-year-old Ceasar Davila repeatedly choked his girlfriend and put a gun to her head after he found out that she had texted another person for a ride.

Davila reportedly put a gun to the woman’s head and stated, “We gonna check out tonight, this is it, this is our last time talking.”

According to the arrest affidavit, the assault lasted for several hours.

The woman stated that Davila forced her to walk down a road with him so they could “talk about their issues.”

As the two were walking, Davila saw a patrol car and put the gun in his pants.

During questioning, Davila denied any wrongdoing.

He was arrested and charged with Domestic Battery by Strangulation, Kidnapping, and Aggravated Assault with a Firearm.

Davila has previous arrests for Grand Theft, Dealing in Stolen Property, Burglary, and Driving without a License (x2).

Davila is currently being held at the Marion County Jail without bond. His next court date is slated for March 19, 2019.