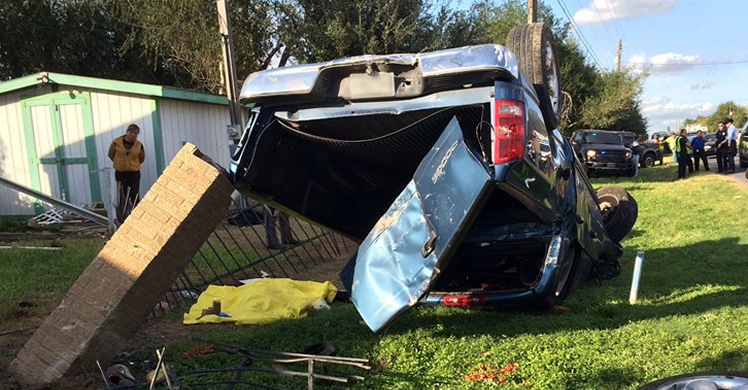 MCALLEN, Texas — A South Texas man was sentenced Tuesday to 21 years in federal prison for his role in a human smuggling scheme resulting in the deaths of two smuggled illegal immigrants.

Osvaldo Gonzalez, 26, from Mission, Texas, was sentenced May 21, by U.S. District Judge Randy Crane to 262 months in federal prison and three years of supervised release. Gonzalez pleaded guilty to the human smuggling charges Nov. 2, 2018. At the hearing, the court also ordered him to pay $6,800 restitution to the family of a victim. In imposing this sentence, the court noted Gonzalez was responsible for the loss of two lives, and that he is pending sentencing for another immigrant harboring offense and being a felon possessing a firearm.

According to court documents, on Nov. 23, 2015, law enforcement responded to a crash in Mission involving two vehicles, one of which was carrying at least 13 illegal immigrants.

This investigation revealed that the driver had gotten spooked when he saw what he believed to be an unmarked law enforcement vehicle. He attempted to evade it and ultimately veered into oncoming traffic which caused the wreck. At that time, several aliens were ejected from the vehicle. One died at the scene. The remaining victims were hospitalized because of their injuries. A second victim passed away within a few weeks.

Gonzalez was identified as the leader of a group of smugglers who facilitated illegal immigrants entering the U.S. from Mexico. These aliens would then be transported to Houston after staying at local stash houses. Gonzalez recruited several of the individuals involved in the deadly event, and he was scouting for law enforcement at the time of the accident.

Gonzalez will remain in custody pending transfer to a U.S. Bureau of Prisons facility to be determined in the near future.