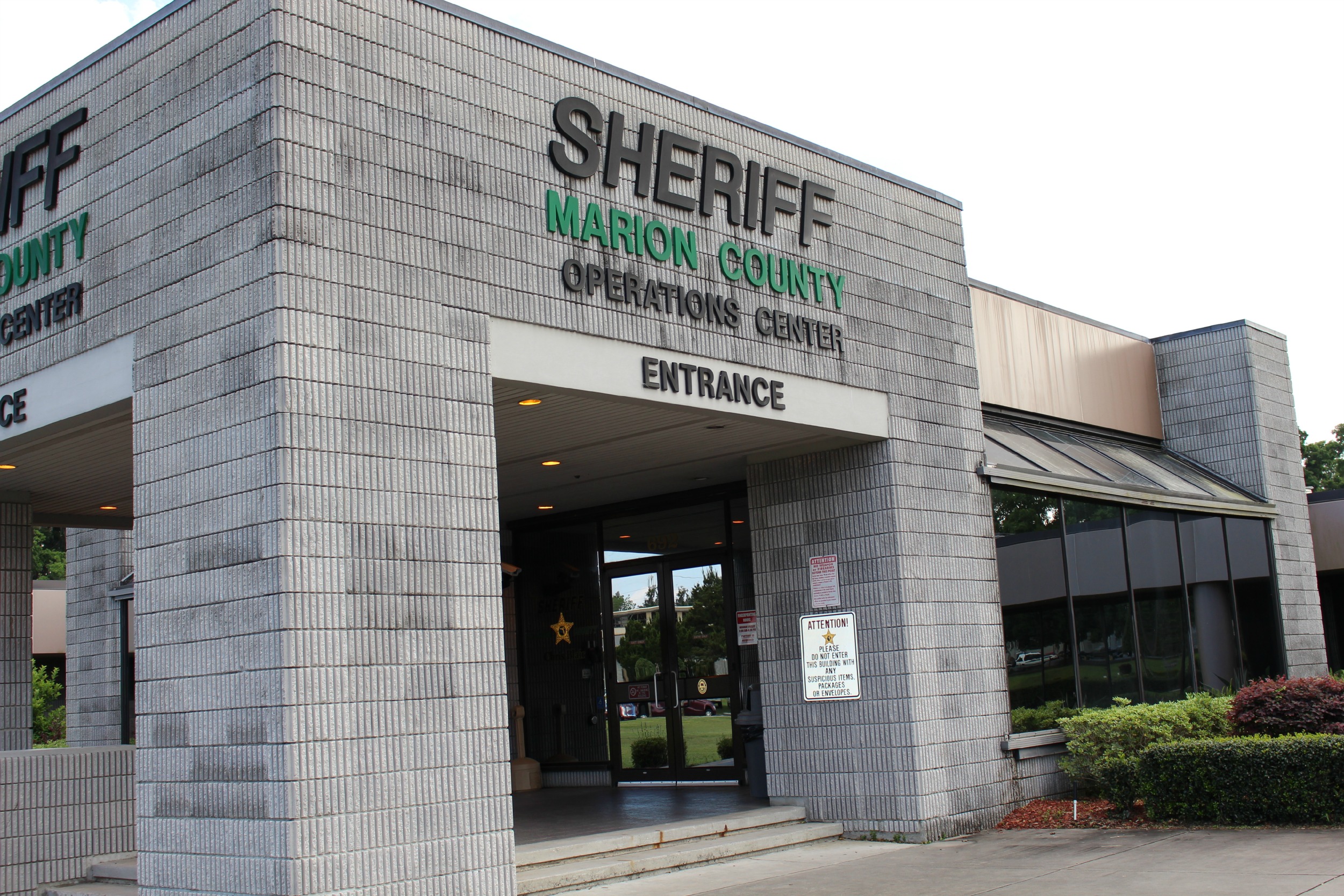 My name is Michael Sands and I’m an eight-year Marine Corps veteran, which includes a tour in Kuwait, as well as a veteran of the Marion County Sheriff’s Office since 2003. The following events occurred, which caused me to lose my career, insurance, and livelihood.

On March 29, 2015, Lt. Brian Dotten sent me to the doctor to be evaluated for tremors that had become visible and worrisome. I was seen by Express Care in Belleview, Florida, and referred to neurologist Dr. J. Rubin of Ocala, FL. Dr. Rubin referred me to Shands in Gainesville, but later referred me to the Mayo Clinic in Jacksonville. After blood samples were taken at the Mayo Clinic, I was advised to check into the nearest emergency room.

I was admitted to Munroe Regional Medical Center, where they discovered nearly 200 polyps and at least 2 tumors in my colon. I was then referred back to the Mayo Clinic for possible surgery, all the while using my vacation, comp time, and sick time.

On August 19, 2015, I returned to work for one day, before being admitted to the Mayo Clinic for surgery that occurred on September 18, 2015, at which time I received a diagnosis of Stage 3 Colon Cancer.

I experienced numerous complications associated with my illness, which included renal failure, staph infection, and even died several times. Once chemotherapy started, administered by Dr. Maury Berger, I experienced further complications with my internal organs.

After exhausting all leave time and receiving donations of time, on March 29, 2016, at the urging of Major Jerry Craig, I filed for long-term disability. I received assistance from David Palmer, Director of Human Resources, in filing for long-term disability, who on April 1,2016, then drafted and sent me a letter allowing me to remain an employee of the Marion County Sheriff’s Office until March 31, 2017.

June 27, 2016, I returned to work for discretionary firearms training, which consisted of classroom instruction on the Taser, pistol, and shotgun, followed by firing weapons on the range in Lowell, Florida. All was completed while wearing a colostomy bag.

On February 13, 2017, I received a letter from my surgeon, Dr. Dorin Colibaseanu, giving me full clearance to return to work, which I delivered to the Sheriff’s Office. In the letter, he stated that due to the damage caused by chemotherapy, my medical care had been transferred to Dr. Liu Yang of the Mayo Clinic Liver Transplant Team. I contacted the Mayo Clinic for clearance to return to work. I then visited the Sheriff’s Office and spoke with Sheriff Billy Woods, during which politics and the fact that I did not support him during the election was mentioned. On the same day, I was assured by Lt. Tom Calhoun that I would have a position in Evidence handling seized firearms.

I was then sent to Jet Medical (a facility specifically utilized by MCSO), where I was physically evaluated for duty by Dr. Samer Choksi. I performed every task without difficulty and requested more strenuous activity. On March 14, 2017, I received clearance to return to full duty by my personal physician, P.A. Tyler Lindsey of Ocala Family Medical Center. Also on March 14, 2017, Chief Deputy Robert Douglas and Captain Louis Pulford arrived at my home, and in my family’s presence, asked for my badge, identification, and firearms. When Chief Deputy Douglas and Captain Pulford arrived at my home, my girlfriend answered the door, after which time both entered without request or consent while I was sleeping. I awoke  to both standing in my my living room,while I was half awake. After which Chief Douglas followed me through my home and inspected my personal gun cabinet and even followed me to my bedroom to obtain uniforms and a firearm.

On March 15, 2017, I received clearance from the Mayo Clinic Liver Disease and Transplant Team and Dr. Liu Yang, to return to work immediately, with no restrictions mentioned.

I was then terminated from the Sheriff’s Office and received a letter dated March 15, 2017, stating I was terminated for being on medical leave for a year, which is obviously false considering I attended work for at least one day in 2015 and one day in 2016. I then obtained a letter drafted by Dr. Choksi dated March 17, 2017, stating he would not be able to release me for full duty by March 31, 2017, with no explanation.

It should be noted that during my appointment with Dr. Choksi, he had no knowledge of my medical history and believed that I had been previously diagnosed with Leukemia.

The Marion County Sheriff’s Office ended my law enforcement career, a career in which I had hoped to retire. I am a disabled veteran, with a 30 percent disability rating, covered under Americans with Disabilities Act (ADA) and the Uniformed Services Employment and Reemployment Rights Act (USERRA).

I was never notified of my right to appeal the termination, which I was entitled to, and was intimidated by the arrival of the chief deputy and a captain, giving me the assumption that I had no recourse in regards of the Career Services Act.

I feel the public has the right to know.