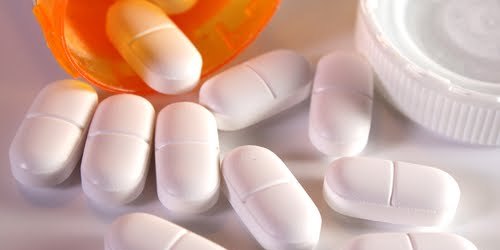 Washington –On Friday the U. S. Drug Enforcement Administration (DEA) will publish in the Federal Register the Final Rule moving hydrocodone combination products (HCPs) from Schedule III to the more-restrictive Schedule II, as recommended by the Assistant Secretary for Health of the U.S. Department of Health and Human Services (HHS) and as supported by the DEA’s own evaluation of relevant data. This Final Rule imposes the regulatory controls and sanctions applicable to Schedule II substances on those who handle or propose to handle HCPs.

It goes into effect in 45 days.

When Congress passed the CSA in 1970, it placed HCPs in Schedule III even though it had placed hydrocodone itself in Schedule II. The current analysis of HCPs by HHS and the DEA shows they have a high potential for abuse, and abuse may lead to severe psychological or physical dependence. Adding nonnarcotic substances like acetaminophen to hydrocodone does not diminish its abuse potential. The many findings by the DEA and HHS and the data that support these findings are presented in detail in the Final Rule on the website. Data and surveys from multiple federal and non-federal agencies show the extent of abuse of HCPs. For example, Monitoring the Future surveys of 8th, 10th, and 12th graders from 2002 to 2011 found that twice as many high school seniors used Vicodin®, an HCP, nonmedically as used OxyContin®, a Schedule II substance, which is more tightly controlled.

In general, substances placed under the control of the CSA since it was passed by Congress in 1970 are scheduled or rescheduled by the DEA, as required by the CSA and its implementing regulations, found in Title 21 of the Code of Federal Regulations. Scheduling or rescheduling of a substance can be initiated by the DEA, by the HHS Assistant Secretary of Health, or on the petition of any interested party.

The rescheduling of HCPs was initiated by a petition from a physician in 1999. The DEA submitted a request to HHS for a scientific and medical evaluation of HCPs and a scheduling recommendation. In 2013, the U. S. Food and Drug Administration held a public Advisory Committee meeting on the matter, and the committee voted to recommend rescheduling HCPs from Schedule III to Schedule II by a vote of 19 to 10. Consistent with the outcome of that vote, in December of 2013 HHS sent such a recommendation to the DEA. Two months later, on February 27, the DEA informed Americans of its intent to move HCPs from Schedule III to Schedule II by publishing a Notice of Proposed Rulemaking in the Federal Register, outlining its rationale and the proposed changes in detail and soliciting public comments on the proposal, of which almost 600 were received.

A small majority of the commenters supported the proposed change.