Rhode Island — Rhode Island Governor Lincoln Chafee released statement Monday December 2, 2013 announcing that the tree at the State House will be called a Christmas tree, instead of a holiday tree, ending a two year long debate.

In 2011, in his first year as governor, Chafee’s calling of a “holiday tree” sparked outrage and protest at a competing Christmas tree lighting ceremony. A state lawmaker even called the governor a “Grinch.”

Chafee, a Republican turned independent turned Democrat, said in a statement that “In 2011, my first year celebrating December in the State House I gave a simple six word instruction to the planners of the annual tree lighting: ‘Do what they did last year.’ “

“Despite the myriad of pressing issues facing Rhode Island and the nation, this presumably happy event became a focal point for too much anger. Strangely lost in the brouhaha was any intellectual discussion of the liberties pioneered here in Rhode Island 350 years ago in our Charter. Because I do not think how we address the State House tree affects our ‘lively experiment,’ this year’s invitation calls the tree a Christmas tree,” Chafee continued.

Rhode Island residents say Chafee is a Grinch, and they feel it is un-American to call a Christmas tree anything other than that.

One Rhode Island resident even went further saying, “If you do not like our decorations, our Christmas trees, or that we celebrate Christmas, then maybe you should leave our state.”

The tree lighting in the State House rotunda in Providence, Rhode Island is scheduled for Thursday at 5 p.m. ET.

Chafee announced in September that he would not run for re-election next year. 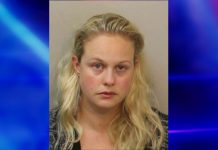