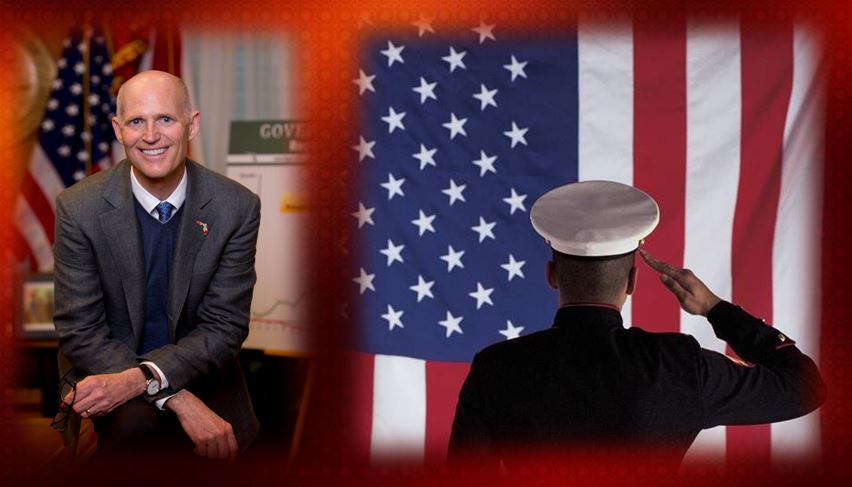 Tallahassee, Florida – In light of the cowardly attack that was perpetrated against U.S. military personnel, which was carried out by a Muslim terrorist on U.S. soil, Governor Rick Scott has taken action.

Governor Scott today released an executive order instructing the Florida Adjunct General to take immediate actions to secure Florida Guardsmen who work in recruiting centers in the wake of the Tennessee shooting where five military members were murdered.

Since the Tennessee shooting, gun free zones have come under scrutiny.

Many are outraged that ISIS had previously made threats against U.S. military personnel, yet, many facilities remained gun free and unprotected.

Presidential candidate, Donald Trump, has been extremely outspoken on the issue.

Get rid of gun free zones. The four great marines who were just shot never had a chance. They were highly trained but helpless without guns.

Five military personnel died as a result of the shooting.

You can read the executive order in its entirety here.