Since the hate fueled shootings in Paris, many have turned to social media to express their anger, frustration, and sadness.

Words like #muslims, #CharlieHebdo, #cartoonist, and #freedomofspeech have been trendy on social media since the shooting.

And media outlets, such as the Associated Press and CNN, have come under fire for “bowing down” to the terrorists by removing anything that could be considered “offensive” to Muslims from their websites.

One Muslim by the name of Majed Abusalama, wrote, “I urge all Muslims not to apologize for the Paris shooting.” Others have made tasteless comments about New York and 9/11, citing it’s the city that never sleeps, until they (New Yorkers) meet Mohammed.

Cartoonists from all over have pulled together, drawing and posting cartoons in support for the lives that were lost. Many continuing to mock the Prophet Mohammed in order to show that they have the right to freedom of expression.

Rick McKee, a cartoonist for CagleCartoons.com, wrote, “In the aftermath of such cowardice, we in free Western societies have to ask ourselves: What kind of world are we going to live in? And will we allow these intolerant radical Islamic bullies to decide for us what we can read and what we can’t? As an editorial cartoonist working in a small Southern town in America, it might have been easy for me to feel insulated from attacks thousands of miles away. But we live in a global society, and this attack hit me on a very personal level.”

Some French residents have been captured on video calling for the eradication of Muslims in their neighborhoods.

But it’s a California girl by the name of Jaclyn Glenn that is getting a lot of attention. Approximately six hours ago, she released a YouTube video that has already sparked a lot of controversy.

She says the public should just call it what it is, and many seem to agree. She doesn’t hold much back in the video. 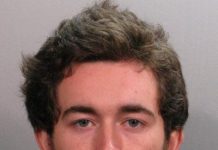 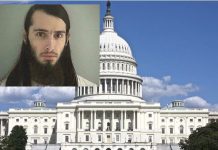 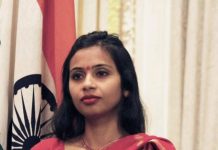 India says Diplomat Devyani Khobragade should not answer for laws broken in the U.S.