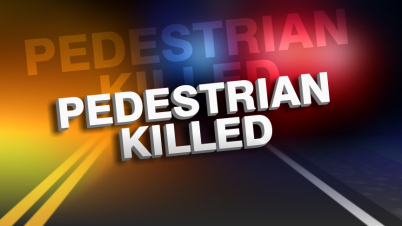 Ocala, Florida — A pedestrian is dead after being struck by a SUV on Northwest 110th Avenue, Ocala, Tuesday night.

According to the Florida Highway Patrol, 16-year-old Dustin Houlker was driving a 1994 Ford Explorer southbound on 110th Avenue, which was the same direction the pedestrian was walking.

For unknown reasons, the pedestrian, who has not yet been identified, turned into the path of the SUV. Houlker did not see the pedestrian until it was too late and could not stop his vehicle in time. The right front of the SUV struck the pedestrian, killing him instantly.

He was pronounced dead by Marion County Fire Rescue at approximate 7:48 p.m.

Investigators said the man was wearing all dark clothing, which made it nearly impossible for Houlker to see him due to the lack of street lights.

Dustin’s brother, Tyler Houlker, 14, and his friend, Ryan Foster, 16, were also in the vehicle. They were not injured.

A spokesperson with FHP said the boys were horrified over the accident.

Once next of kin of the pedestrian has been notified, his name will be released.