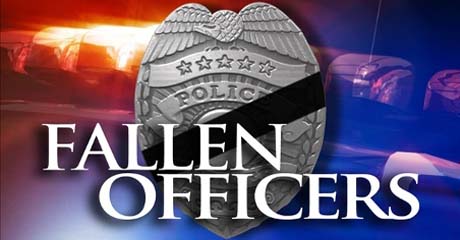 Preliminary statistics released on May 11, 2015, by the FBI show that 51 law enforcement officers were feloniously killed in the line of duty in 2014. This is an increase of almost 89 percent when compared to the 27 officers killed in 2013. (Note: From 1980–2014, an average of 64 law enforcement officers have been feloniously killed per year. The 2013 total, 27, was the lowest during this 35-year period.) By region, 17 officers died as a result of criminal acts that occurred in the South, 14 officers in the West, eight officers in the Midwest, eight in the Northeast, and four in Puerto Rico.

By circumstance, 11 officers died from injuries inflicted as a result of answering disturbance calls (one of which was a domestic disturbance). Ten officers were conducting traffic pursuits or stops, eight were killed as a result of ambushes (six due to entrapment/premeditated situations and two during unprovoked attacks), and six officers were investigating suspicious persons or circumstances. Five officers sustained fatal injuries while they were performing investigative activities, four while they were engaged in tactical situations, three officers were handling persons with mental illness, and one officer was slain during a drug-related matter. Three officers were killed while attempting other arrests.

Offenders used firearms in 46 of the 51 felonious deaths. These included 32 incidents with handguns, 11 incidents with rifles, and three incidents with shotguns. Four victim officers were killed with vehicles used as weapons, and one was killed with the offender’s personal weapons (hands, fists, feet, etc.).

Thirty-five of the slain officers were confirmed to be wearing body armor at the times of the incidents. Five of the 51 officers killed fired their own weapons, and six officers attempted to fire their service weapons. Seven victim officers had their weapons stolen; one officer was killed with his own weapon.

The 51 victim officers died from injuries sustained in 48 separate incidents. All 48 of those incidents have been cleared by arrest or exceptional means.