Florida –This Florida corrections officer will never see the light of day.

Slanker was arrested after an initial investigation revealed that he sexually battered a juvenile victim.

Slanker was employed as a corrections officer at the Coleman Correctional Complex in Sumter County at the time of his arrest.

Allegations of sexual battery were reported to law enforcement on February 5, 2019.

The victim was interviewed the following day, at which time she disclosed years of sexual abuse at the hands of Slanker. The victim told detectives that the abuse began before the age of 10.

During Slanker’s interview with detectives, he confessed to approximately twenty-five instances where he sexually abused the victim. He admitted that the first instance was when the victim was around nine years old and that it went on for several years, with the most recent incident being just months before he was arrested.

Slanker said he had multiple sexual encounters with the victim in Citrus County, Lake County, and Broward County.

“Kenneth Slanker is a textbook example of a sexual predator. He betrayed, manipulated, and victimized this innocent child,” said Sheriff Prendergast.

According to detectives, Slanker used grooming and intimidation techniques to target his victim in this case. He knew based on his manipulation of the victim, the chances of her disclosing the abuse were low.

On Wednesday, November 4, 2020, Slanker was sentenced to life in prison. It only took the jury one day to convict. 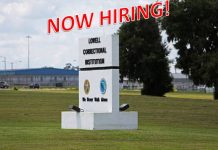