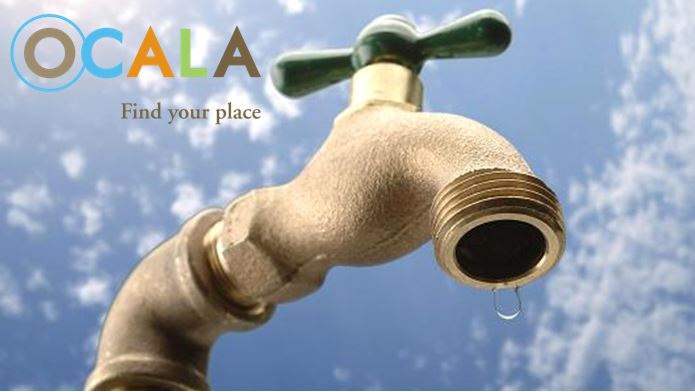 Ocala, Florida — Do you think you already pay too much for your water and sewer in the city of Ocala?

Well, get ready to dish out even more of your hard earned pennies.

Water and sewer rates for Ocala residential customers will increase on June 1, by an average of 82 cents per month. That is equal to 1.5 percent on an average use of 6,000 gallons per month.

The Ocala City Council approved the vote 4-1. Councilman Brent Malever was against the rate hike. In fact, Councilman Malever made it very clear he did not want to raise rates for residents.

“I do not think it is the right time to raise rates,” Malever said. “We still haven’t recovered from the recession, and we have one of the highest unemployment rates in the state.”

Public Resources Management Group Inc., a consulting firm hired by the city, told the council during a presentation that without a rate hike the outcome for the utility would be unyielding.

The consulting firm told the council that without rate increases the utility’s reserves would significantly drop — from $40 million to $6 million over the next five years.

The firm said the city had not raised rates since 2008, and during that time it had lost customers.

The firm also said that the rate hike would help with any needed repairs on the water treatment plants.

Additionally, the vote included a five year plan that calls for a 1.5 percent rate increase per year beginning January 1, 2016.

The utility currently collects $27 million a year in revenue. Over five years, the rate hike will bring in approximately $1.9 million in additional funds.

Other council members said that no one like to raise rates, but they felt it needed to be done. Councilman Jim Hilty said, “We are doing the right thing for our environment too.”

Councilwoman Mary S. Rich said, “And we got to remember, we (meaning council members) have to pay the rate increase too.” She then laughed.

However, council members seem to forget that the same customers that pay water and sewer, also pay for city electric; and those rates were just increased in January.