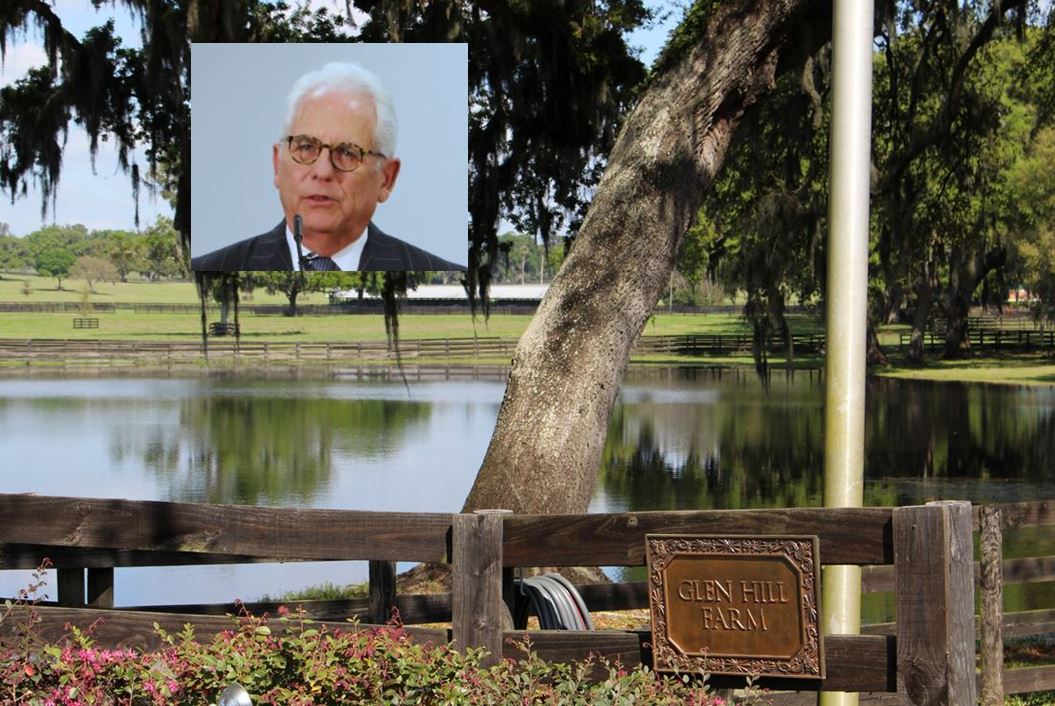 Ocala, Florida — Despite his best efforts, Mayor Kent Guinn’s veto on the Trinity Lane project was overturned by the City Council Tuesday. Councilman Jim Hilty, who has been against the project from the beginning, also held his position on the development.

However, greed within the city council prevailed, and now, the 401-acres off Southwest 42nd Street and 27th Avenue will be destroyed.

Red Oak and Ocala Stud horse farms will now become a cesspool of commercial and residential development, destroying part of the essence of Ocala.

The land is owned by John J. Brunetti, a man known for destroying beautiful land and who is greatly hated in South Florida, Ohio, and New Jersey.

Brunetti has made it his life goal to purchase mass quantities of land, before destroying them with high density development.

In 2012, Brunetti said, “What I’m doing is following my usual business plan to seek property in Florida that I feel will benefit from the natural growth of that state.” He added, “Once the development boom continues, the land will become more valuable.”

There have been open letters written about Brunetti in both Florida and New Jersey publications.

One of Brunetti’s most controversial dealings was with Hialeah Park. He was accused of intentionally “running” the park into the ground for the sole purpose of building residential units.

On May 22, 2001, Hialeah held its last thoroughbred race. In 2003, the state regulators officially revoked the track’s racing license. In the ensuing years, Brunetti let the track, the clubhouse, the stables, and all of its historic structures waste away, officials said.

Then, in 2006, he won approval from the Hialeah City Council to demolish the stables. Brunetti had plans to build 3,760 residential units and more than a million square feet of commercial space on the 220-acre site.

By 2007, the National Trust for Historic Preservation had listed the park as among the most endangered historic places in the country. The future looked dark for Hialeah Park.

“Brunetti really screwed up with the racing dates, which led to him being squeezed out,” historian Paul George says. “Next thing we know, he is ready to sell it to the highest bidder and knock it down.”

Hialeah Park was later turned into a casino.

Many who have met Brunetti describe him as arrogant and abrasive.

Brunetti seems determined to transform Ocala into Orlando, or worse. In his own words, in 2012, he said that his expectation for all thoroughbred farm land he owns in Marion County was for the land to be developed.

Weesner told the council that Ocala currently has a big inventory of houses and businesses that are vacant; therefore the new development would not fill up. She told the council they were being very selfish by trying to create a new tax base, at which time a councilman attempted to interrupt her. However, Weesner continued speaking.

Weesner received a round of applause after speaking, which caused Councilman Jay Musleh to use a gavel to try to hush the crowd.

In one instance, Councilman Musleh very rudely slammed his gavel on his desk and asked, “Can we not have applause after each speaker?”

Residents said the arrogance was unbelievable.

With the exception of Councilman Jim Hilty, it was very clear that council members had made up their minds before the meeting.

Many residents are concerned about a rise in the crime rate.

Every word that Ocala residents spoke fell on deaf ears. And in the end, it was all about the money.

It is not the job of City Council to ensure a developer turns an absurd profit, but rather to lookout for the interests of Ocala residents and the City of Ocala as a whole. Residents said the council has failed at their job.

Residents said that “the Ocala we know and love is coming to an end, and soon it will be gone forever.”

One fear is that the Trinity Lane project would become a haven for sinkholes, similar to what happened at the Fore Ranch development.

Mira Leggett, one of the last residents that spoke, said, “If we wanted to live in Orlando, we would live there. We don’t!” She said, “If there is no land there will be no horses. And may I remind you gentlemen that the horse industry brings between 1 and 2.6 billion dollars into Marion County.”

Mayor Guinn told the council that Ocala has been living with decisions that were made 20 years ago. The mayor said the Trinity Lane project is a bad decision.

After Mayor Guinn spoke, the audience applauded him. Councilman Musleh became infuriated and showed complete disrespect to the Mayor, which can be heard in the audio clip.

Councilman Musleh can also be heard in the audio clip arrogantly comparing the council to a court of law.

Craig Bernick, the owner of Glen Hill Farm said the City Council is afraid to stand up to developers.

The above audio clip, which includes comments from Mayor Guinn and Councilman Jim Hilty, is only a few minutes of what transpired during the meeting.