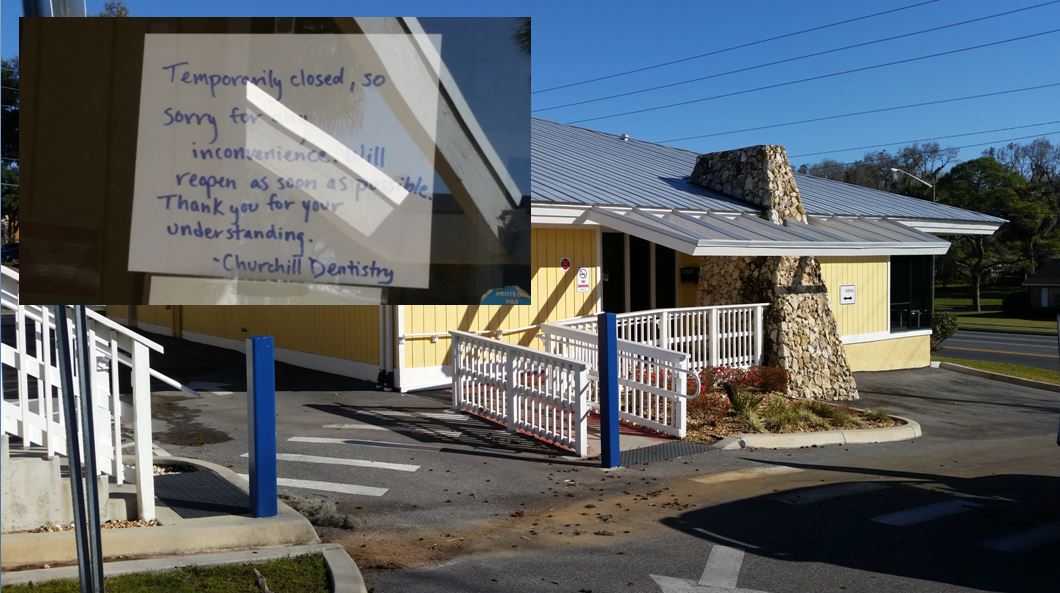 Ocala, Florida — Churchill Dentistry, formerly Polliwog Dental, is back in the spotlight once again.

In addition to child abuse allegations, there have been allegations that former owner Michael Tarver overbilled Medicaid for multiple procedures performed by his office.

In November 2013, Ocala Post reached out to the Florida Agency for Health Care Administration (AHCA) to find out if Tarver was being investigated for Medicaid fraud in addition to the child abuse allegations. Press Secretary Shelisha Coleman wrote, “We cannot confirm or deny whether we have an open audit or investigation on a particular provider.”

On Wednesday, it became clear that the pediatric dentistry, now owned by Rebecca Tarver, was under investigation.

Today, the building was raided and a plethora of evidence was removed from the office. Wednesday’s raid was very similar to the raid executed by the DEA in July 2013; a raid Michael Tarver initially denied had taken place.

According to the Florida Department of Health, this investigation involves multiple agencies including the FBI, and the Attorney General’s Office. The Ocala Police Department will be assisting during the execution of search warrants.

Michael Tarver and his wife, Rebecca Tarver, were not on the premises when agents arrived. Instead, the fraudsters left their employees to take the brunt of the raid.

Churchill Dentistry has been plagued with legal troubles since 2012 and Ocala Post has followed the story from the beginning.

Previous coverage of the pediatric dentistry can be found in the links below.