Marion County, Florida — Marion County Sheriff’s Office detectives, using a tip from Crime Stoppers, were able to build a case against four adults who are now charged with a spree of BB gun shootings in Marion County.

The four suspects, known as the “BB Gun Bandits,” are all from Weirsdale, they are accused of shooting and damaging 55 vehicles and a window at a U.S. Post Office. Early estimates put the cost at more than $22,000 for victims.

Detectives indicated that they were able to collect all four (4) BB guns as evidence. 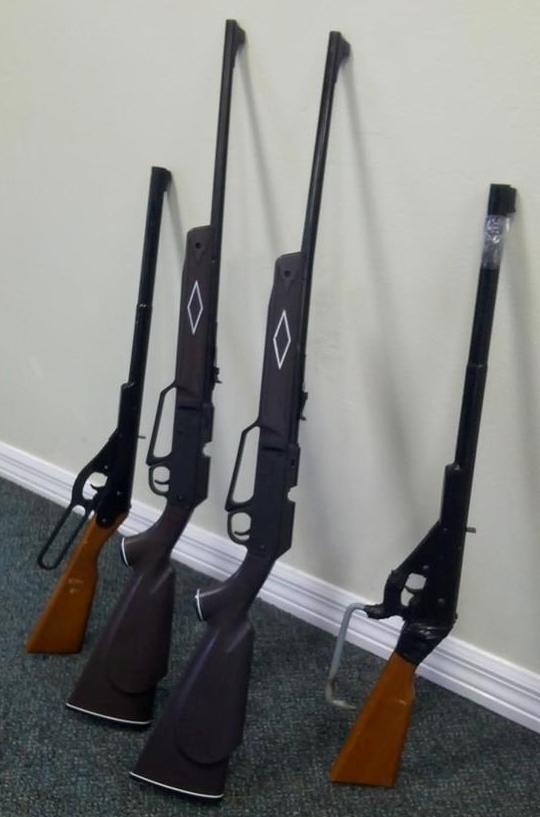 While being held at a Marion County Sheriff’s Office District Office, the suspects were interviewed by several other law enforcement agencies from nearby counties and cities.

Detectives said the four suspects, each, could soon face more than 100 criminal charges.

If convicted, all four suspects could possibly be ordered to pay restitution for all damages, to all victims involved.

A list of charges for each individual was not immediately available.

Remember, Crime Stoppers is a powerful tool, as is social media. If you see something say something. Thanks to a good Samaritan, these four criminals are off the streets and further damages will be avoided.

This investigation is ongoing.