Since 2018, officials say Grewal absolutely will not require detention centers to adhere to ICE’s detainer list and releases illegal immigrant criminals back into the population.

Grewal has made it known to illegal immigrants seeking asylum in NJ, that they do not have to live in fear of being deported.

In doing so, he has indirectly caused the death of a 7-year-old boy in Egg Harbor City, NJ, officials said.

On July 10, Jorge Rodriguez-Saldana, 30, was driving a vehicle that struck a grandmother and her two grandchildren, killing the seven-year-old child and critically injuring the grandmother.

Rodriguez-Saldana is an illegal immigrant from Mexico. He did not have a drivers license or insurance.

Egg Harbor City police said, “Saldana should have never been behind the wheel of a car.”

Rodriguez-Saldana was arrested on July 11, and charged with Causing Death While Driving without a License (third-degree felony).

He was released from local custody on a summons following the incident. Law enforcement authorities in Atlantic County did not refer the case to ICE for review.

On July 13, 2019, Rodriguez-Saldana was arrested by ICE-ERO Newark Officers in Horsham, Pennsylvania for immigration violations as he was in the U.S. illegally.

“Unfortunately this is another example that makes apparent the significant public safety concerns the NJ AG Directive limiting cooperation with ICE poses,” said John Tsoukaris, field office director for ICE-ERO Newark. “Had it not been for the persistent, courageous and diligent efforts of ICE-ERO to track him down, this individual might have fled. We will continue to make public safety our highest priority despite dangerous state policies.”

Rodriguez-Saldana denies that he has declared NJ a sanctuary state. However, ICE officials say the AG has made his position very clear. 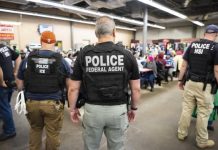 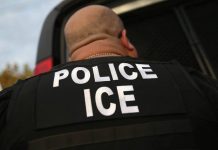 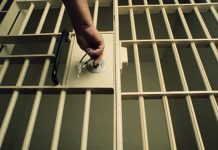 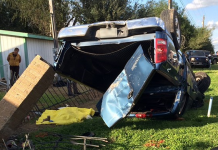