In January, Al Gore sold his struggling cable channel , Current TV, to Al Jazeera for $100 million, however, new reports indicate it may have actually been $500 million; money that analysts say is to certain to have been blood money related to terrorism. Experts said the TV channel was worth nothing, yet Al Jazeera offered up the money without asking any questions.

Al Jazeera is part of the Middle Eastern media empire financed by the oil-rich nation of Qatar. Al Jazeera has been referred to by Americans as the terrorist network and the sale of the cable channel once owned by Al Gore has set off a frenzy of angry Americans, some calling Gore an UN-American traitor. 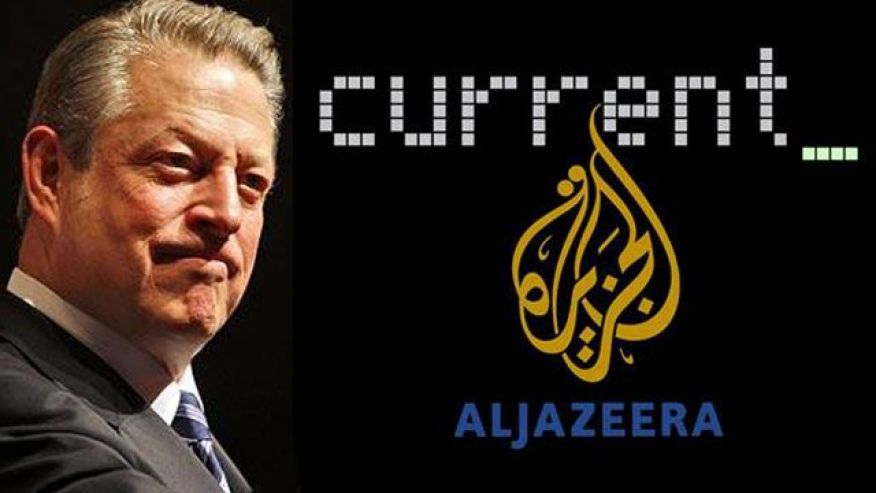 The massive controversy over the Arabic channel is the fact it is based in New York and calling itself Al Jazeera America; New York residents are calling it a slap in the face. Al Jazeera ran with nearly zero ads during their air time, proving that Americans do not want to buy advertising spots on a network that some say is funded by terrorism.

“I wouldn’t give them a dime, especially since we are in New York,” one advertiser, who asked not to be named, told the New York Post. He added, “They’re owned by an Arab country and they ran the bin Laden tapes,” he added. “I just wouldn’t trust them.”

New York residents say they will not support Al Jazeera and plan to boycott the channel along with not advertising with them. One New York resident said, “They cannot expect to be accepted in New York after 9/11, especially since Al Jazeera’s owners seemed to be close to Bin Laden and his network of terrorists.” We all remember 9/11, who could ever forget? After the attacks on New York City and the Pentagon, Al Jazeera broadcast video from Osama bin Laden and did a live interview with the mass murderer.

Ehab Al Shihabi, Al Jazeera America’s CEO, told the New York Post last week that “surveys showed 75 percent of Americans hadn’t seen any of the network’s coverage and still had a negative view of it.” He added ” I think that will change once Americans view it.” A statement that many New York residents say is unlikely to happen.

When Al Jazeera aired on Tuesday the Arabic owned channel was immediately accused of showing a staged video of a Muslim Brotherhood backed protester being shot. The video was clearly a fake after doctors that were around the “supposedly dead body” accidentally showed the camera the victims chest while raising his shirt, showing zero injuries or gunshots. The camera immediately cut after the incident.

FSA crimes says that Americans need to be aware that the Al Jazeera empire backs the Muslim Brotherhood and they always have.

“The strong bias of Al Jazeera in Egypt was always to be expected,” FSA wrote. “Their support for the Muslim Brotherhood was a given, and there was never any doubt that the new interim government had their suspicions about the news agency.”

Hillary Clinton who wants to run for President in 2016, supports the channel. Saying, “It is real news.” A statement some say may cost her her reputation.

Brigitte Gabriel, a Lebanese American journalist, feels that Al Jazeera is trying to take on the U.S. from the inside out.

Cablevision in New York is not airing the channel. Time Warner is currently in negotiations. Al Jazeera America is currently being aired on Comcast, Verizon FiOS, DirecTV and Dish Network, with access to about 43 million households.

Al Jazeera English is no longer running due to low ratings.

“We are in discussions with Al Jazeera about carrying [Al Jazeera America], but at this time we have not reached an agreement to do so – and even if we do reach an agreement to allow carriage, that does not necessarily mean we would add them to the lineup immediately. We always consider many factors – and we would review our options and make a decision at that time.” She added, “If a channel is added that a viewer does not wish to view, it may be blocked.”

A link has been provided by Bright House Networks in the event the negotiations go through. Block Channel!

If you wish to express your concerns in regards to Al Jazeera being aired on Bright House Networks, you can do that here.

So what do you think? Will you watch Al Jazeera if it is aired on your cable network? Leave us some comments below.